The following case results represent some of our better case results in various practice areas in most of Los Angeles, Orange, Riverside, San Bernardino and Ventura County. We have omitted the client’s name in each summary out of respect for the client’s privacy.

These results are not meant as a guarantee of similar results in the future because no two cases have the same facts, the same prosecutor and the same judge. Instead, the following case summaries are presented to provide the reader a better idea of what to expect, what issues are important and how plea bargains develop.

Bail is set by law enforcement according to a table (called a schedule) that sets a dollar amount for certain crimes and allows increases based on one’s prior criminal history, or enhancements based on the facts of the crime (i.e. if the crime was committed to benefit a gang, if a weapon such as a firearm was used, hate crimes, etc.).

How you resolve a bench warrant depends upon many factors so it is important to obtain legal advice to control how the warrant is handled.

It should be noted that over time, especially in the last five years, the DMV Hearing has become increasingly difficult to win. Many of the arguments that DMV Hearing officers would find persuasive to reinstate the license just five years ago are now ignored. While our office has certainly improved our arguments over time, our winning percentage has actually declined. Nonetheless, it is very important to aggressively attack the hearing with our best efforts.

While driving offenses often do not involve jail or prison time, the loss of one’s license can be devastating, especially if one drives a truck or car for a living. 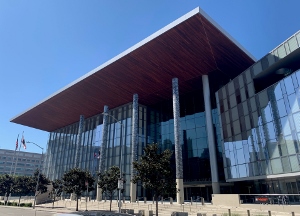 Drug OffensesRecently, with the passage of Prop 47, most drug possession cases (Health and Safety Code §§ 11350, 11357(a) and 11377) are now misdemeanors. Therefore, Prop 36 and PC1000 is becoming replaced with other less formal programs. Sales and the transportation of controlled substances, however, remain serious felonies.DUI / Felony DUI

There is perhaps no crime as punishing as DUI, but also difficult to prove as DUI. A good DUI attorney can make a huge difference and a novice DUI attorney can do more harm than good. Despite having handled hundreds of DUI cases, our office continues to learn new ways to win such cases, as these cases are uniquely circumstantial in nature, making evidentiary issues extremely important to understand, from the traffic stop to the field sobriety tests to the chemical test(s).

Elder abuse offenses are often vigorously prosecuted and may arise out of ulterior motives, such as an “anonymous” tip that turns out to be none other than a sister or brother seeking to disinherit a sibling. The offenses can also be heart breaking and serious.

Recently, judges are becoming more and more tough in how they rule on motions to modify probation so as to end it. Such motions used to be granted quite often and easily. However, it is often smart to still file the motion to learn the court’s position on when it might end probation early and on what conditions, such as if the client attends more AA meetings or NA meetings.

As the following case summaries show, less serious juvenile offenses are often diverted into the Welfare and Institutions Code § 654 pre-filing program or other programs aimed at youth. Other offenses, which might be misdemeanors in adult court, are brought as felonies in juvenile court, but are usually resolved for some form of probation and ultimately dismissal.

California Penal Code § 1001.36 permits a judge, in his or her discretion, to stay proceedings in a case and allow “Mental Health Diversion” to give up to two years for an eligible defendant to receive helpful mental health treatment for prevent the reoccurrence of criminal conduct.

Legislators appreciate that punishing a veteran or a current serviceman for conduct that has its origin in military service, protecting our country and its interests, is fundamentally inconsistent with rewarding military service.

Motions for Reclassification of a Felony

In some instances, a felony can be reduced to a misdemeanor.  This is true for only certain felonies and only under certain circumstances.

Penal Code § 1473.7(a)(2) allows one to petition a judge to vacate the conviction based on newly discovered evidence of actual innocence. 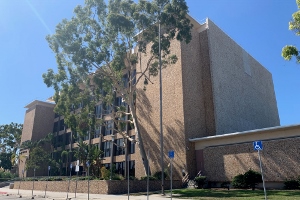 The sealing and destroying of an arrest record is possible under several sections of the Penal Code, however, the most commonly used section is Section 851.8, which is the mechanism for a Petition for Factual Innocence (PFI).

Petitions for Proposition 47
Prop 47 reduces certain less serious felony theft offenses and less serious drug offenses to misdemeanors.
Petitions for Proposition 64
The Adult Use of Marijuana Act, also called Proposition 64 (Prop 64), has been recognized as a long-overdue change in our law to reflect our changing society and the increased awareness that marijuana, if used responsibly by an adult, may not be as criminal in nature as previously thought according to our legislature.
Probation Violations

There is a big advantage in protective order and restraining order cases to simply knowing the legal standard for issuance of such an order. Judges do appreciate an attorney keeping the hearing focused on the standard, rather than allowing it to spin off on collateral issues that may not be relevant. As the following case summaries show, a written brief with declaration can be powerful and effective.

As the following case results show, prosecutors are usually not too tough on our clients facing public intoxication results if the client presents proof of attending a healthy amount of Alcoholics Anonymous (AA) meetings. Showing the prosecutor proof of attendance at such meetings usually allows immediate traction in negotiating the case to a good resolution, sometimes even to diversion or a disturbing the peace charge (Penal Code § 415(2)). Our public urination results are included in the results for this practice area.

Seal Court Records and / or Arrest Records
One is eligible for sealing a court record or arrest record relief under the CARE Act if the case was filed, but dismissed and it cannot be refiled (this means one dismissal for a felony or a second dismissal for a felony), the person was acquitted at trial, the person was convicted, but the conviction was reversed or vacated and the prosecutor did not refile the case or appeal the ruling.
Sex Offenses

Sex offenses are usually tough cases because they are often felonies where mandatory state prison is involved, registration as a sex offender under Penal Code § 290 for life and strikes under the Three Strikes Law. An experienced attorney in such cases can spot the weaknesses in the prosecution case and limit the punishment or even win a dismissal. Included in this section of case summaries are results from prostitution cases.

Theft offenses are perhaps one of the most damaging convictions for a person’s reputation other than sex offenses. Being branded as dishonest can be fatal to one’s future employment, security clearance at work and current employment. The most common theft offense we see involves shoplifting (Petty Theft – Penal Code § 484(a)), which now may be handled quite gently under AB 2124 effective January 1, 2015, although we have also handed complex identity theft, embezzlement and check kiting cases, too.

Violent crimes often involve criminal threats, assault with a deadly weapon and other forms of injuries or intimidation. These cases often involve protective orders and mandatory state prison or strikes under California’s Three Strikes Law. Anyone charged with such an offense or offenses would be prudent to hire a private attorney who can devote the proper time to thoroughly defending the individual.

As the following case summaries show, white collar crimes include cases far from Wall Street and can include mislabeled products.

When a case is dismissed, we are often more excited than the client. The client may have expected it from the outset, but we understand how reluctant judges are and how loathe prosecutors are to concede a case should never have been filed to begin with. Therefore, when a case is dismissed, our faith in our judicial system is restored.