Each DUI is different. Many factors determine how a particular DUI case is handled in the court, at the DMV and by us. It does matter if the DUI is the first, second or third offense. There are situations when a “simple” DUI will be charged as a felony such as when the DUI causes injury or death to another person, when a defendant has three or more prior DUIs, or the defendant has at least one prior felony DUI. Furthermore, DUI may be non-alcoholic in nature (such as drugs).

For your convenience we have categorized our DUI results as described above to give the reader a better idea of what to expect in each type of DUI.

If you want to read about our DUI cases, please click on the links below to go to a list of detailed cases.

The above case summaries exemplify the many ways DUI cases can resolve. Through each summary, we hope the reader appreciates that each case generally is broken down into three areas before the case makes it to a court. These areas are composed of circumstantial evidence accumulated by police.

The first area is the traffic stop and the officer’s alleged observations of the client’s driving. We find that the most common reasons for a traffic stop leading to a DUI arrest are driving without one’s vehicle headlights illuminated, speeding, making an unsafe lane change or weaving between lanes or failing to stop at a stop sign.

Nowadays, with most car lights being automatically activated by darkness, having one’s lights off can be caused by a car that was valet parked or someone driving a rental car. If one is driving on a well-lit street, only the police officer notices the car driving without headlights on. Our client’s mental impairment due to alleged alcohol intoxication may not be the cause of the headlights being off.

An unsafe lane change or lane straddling (Vehicle Code § 21658(a)) must be properly described as well. Under People v. Carmona, in 2011, a California Appellate Court held that when a vehicle fails to use a turn signal to change lanes or make a turn, it is not a vehicle code violation unless the vehicle’s movement affects the safety of another car, pedestrian or vehicle. Often, the police officer will not describe this as happening.

Weaving is a common alleged observation by an officer. If observed by a CHP officer, it is prudent to request the MVARS (Mobile Video Audio Recording System) tape to verify the officer’s observation. It is good to review United States v. Eric Colin, a 2002 case out of California involving a traffic stop on I-15. In Colin, the officer made a traffic stop based on observing a Honda make two alleged violations of Vehicle Code § 21658, “lane straddling,” and for suspicion of DUI. The U.S. Supreme Court ruled that the traffic stop was improper and that the officer could not legally stop the vehicle for “unusual driving” that the officer suspected was characteristic of 23152(a).

The second area is the “objective symptoms” of intoxication, which includes the field sobriety tests. For each of these, it is vital to remember the purpose of field sobriety tests. They are to observe physical and mental impairment. This is what all officers are taught at the police academy. However, we find most officers only focus on physical impairment and record quite a bit of information that demonstrates lack of mental impairment. For DUI, the suspect must have both physical and mental impairment. Physical impairment can be masked by tolerance to alcohol and attributable to inner ear problems that affect balance, knee injuries, poor footing, an uneven surface, anxiety in being tested by an intimidating police officer, etc.

Mental impairment is never affected by tolerance. The first thing to be affected by alcohol intoxication is short term memory. Therefore, if the client can accurately recall where he is coming from, when his last drink was, when his last meal was and anything else happening in the short term, the good DUI defense attorney will point to this as rebuttal evidence of intoxication. It the client then properly follows directions on the field sobriety tests, this also must be brought to the attention of the prosecutor. If the client is reportedly confused or disoriented, on the other hand, how did the officer conclude this?

Moreover, ask the officer if the client pulled over immediately after the officer turned on his enforcement lights? If it is not noted in the report as an issue, one can assume the client did pull over in a prompt and prudent manner. This shows lack of mental impairment.

Of the “objective signs of intoxication,” it is important to understand that a client may naturally have a flushed face (plus, does the booking photo show this?). A client may slur his speech because he is nervous or English may not be his or her primary language. A client may have blood shot or watery eyes simply because he has been awake for many hours or is wearing contact lenses (does the booking photo confirm this?).

The field sobriety tests must be evaluated carefully in light of the National Highway Traffic Administration’s standards. Only the Romberg, One-Legged Stand and Walk the Line are even remotely relevant to alcohol intoxication and impairment. The smart attorney must look at how the test results are reported. The client may have actually passed the test, although the officer gives the client a “failing” grade. 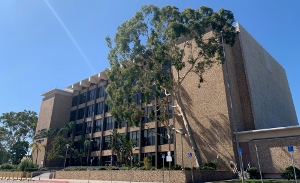 Torrance Superior Courthouse
The third area is the chemical testing. Remember, the Preliminary Alcohol Screening test is inadmissible for evidentiary purposes (People v. Williams), except when the client is under 21 or on DUI probation. The attorney should also be mindful of Title 17 of the California Code for its requirements of a continuous fifteen minute observation period prior to the test. Is the device properly calibrated, maintained and inspected? With blood, it is important to look for a proper chain of custody that is complete. The older reader here will perhaps remember Officer Mark Fuhrman driving around with blood from the O.J. crime scene in his car trunk for several days, compromising the quality of the blood and the meaning of its later analysis.

When drugs are an issue, it is vital to test for quantity (nanograms) of the controlled substance and not just its presence. With marijuana, for example, the active ingredient is THC-9, but this dissipates after just three hours. THC otherwise can stay in the urine for up to 90 days, especially for a chronic user.

Lastly, it is important that the DUI attorney know the venue. Torrance is far different than, for example, Ventura. Ventura imposes formal probation on misdemeanor DUI’s – even a first time offender. Riverside County mandates jail on a first time DUI, but Los Angeles County rarely does this. Our office practices mostly in Los Angeles County.

Please call us if you need an experienced, competent and aggressive DUI attorney.