Reducing Bail & Knowing When Someone Will Be Released

We are Greg Hill & Associates. If you or a family member have questions concerning bail or when someone will be released, we can help you.

In reducing bail or requesting own recognizance (OR) release of someone in custody, it is assumed here that bail was set by law enforcement upon taking custody of someone you care about, but cannot afford to post the money set as bail or arrange with a bail bond company to post a bond.

Bail is set by law enforcement according to a table (called a schedule) that sets a dollar amount for certain crimes and allows increases based on one’s prior criminal history, or enhancements based on the facts of the crime (i.e. if the crime was committed to benefit a gang, if a weapon such as a firearm was used, hate crimes, etc.).

To verify that the bail amount is accurately calculated, one can look at the same schedules that police use by clicking on the following link.

We often find that police set bail lower than the amount we believe may apply.  When this takes place, it may be prudent not to seek a decrease in bail, as such a request can result in bail being raised instead.

However, if one wishes to challenge the level of bail or request the own recognizance (OR) release of someone, it is best to do so in a written motion for the reduction of bail under Penal Code § 1275.  Such a motion must be served and filed no later than ten days prior to the hearing on bail. 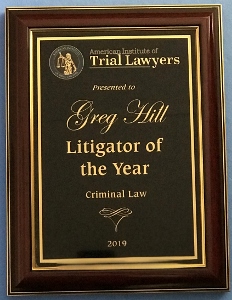 This ten-day notice period for a bail motion is meant to allow for investigation into protection of the public, the seriousness of the offense charged, and the probability of the person in custody appearing at the hearings for the case if released on lower bail or even O.R. release.

Protection of the public refers to the danger the individual poses for repeating the same type of crime if released.  It can also take into consideration the person’s prior criminal history if it suggests the person may contact witnesses to dissuade or intimidate the victim, the victim’s family or any witness from coming to court or how to testify by threats of force, or even killing such people.  This analysis should include evaluation of whether the underlying crime was for the benefit of a criminal street gang and whether defendant is an active member of such a gang.

The seriousness of the offense charged should evaluate the use of a weapon, the injury or injuries involved, the vulnerability of the victim, the abuse of a position of trust or authority of the defendant, the overall planning or sophistication of the crime and the cooperation of defendant with police, once defendant was apprehended.

In evaluating the seriousness of the crime, one should understand that the judge is permitted, for purposes of determining bail, to consider as true all allegations in the police report and to evaluate whether defendant is in fact guilty of the crime charged.  The presumption of innocence does not really apply, in other words, in an evaluation by the judge of bail due to public safety concerns. 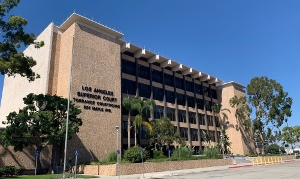 Torrance Superior Courthouse
Perhaps most important in determining the level of bail is determining the likelihood that defendant will return to court if released on lower bail or even O.R.  In this regard, the judge will consider the defendant’s past history of coming to court and whether any bench warrants for defendant have been issued in the past.

If you have questions or concerns regarding bail and release, please call us today for a free 45 minute consultation. (310) 782-2500.

If your loved one has been arrested, call us today (310) 782-2500, we will contact one of the bail bond's company's that we previously worked with to arrange for your loved one's immediate release.
http://www.sylviasbailbonds.com/
San Pedro, CA

Your freedom is too important to entrust to just any attorney.  You need a law firm that is familiar with the best bail bondsmen who are available when you need help and who are competent.  Greg Hill & Associates is that firm.  We are one of Southern California's most experienced criminal defense law firms, with over 30 years of experience.  Greg Hill & Associates has successfully assisted hundreds of people in bail matters.

IF YOUR FAMILY MEMBER WAS ARRESTED AND IS IN CUSTODY, CONTACT OUR OFFICE FOR A FREE 45 MINUTE CONSULTATION. WE WILL ARRANGE FOR YOUR LOVED ONE'S RELEASE FROM JAIL AS SOON AS POSSIBLE. (310) 782-2500.