We are Greg Hill & Associates.  If you or a family member have questions you need answered or issues you need resolved concerning sealing an arrest record and court documents or Petitions for Factual Innocence, we can help.
If you want to read about some of our Seal & Destroy Arrest Records or PFI cases, please click on the link below to go to a list of detailed cases.
Seal Arrest & PFI Case Results
The sealing and destroying of an arrest record is possible under several sections of the Penal Code, however, the most commonly used section is Section 851.8, which is the mechanism for a Petition for Factual Innocence (PFI).  The standard a judge must find to grant a Petition for Factual Innocence is "incredibly high" as one First Appellate District Court of Appeal judge stated.  People v. Bejan Esmali (2013) 213 Cal.App.4th 1449.

This is because a judge can look at the police report in evaluating a PFI request and must find that “no person of ordinary care and prudence [would] believe or conscientiously entertain an honest and strong suspicion that [Petitioner] was guilty” People v. Adair (2003) 29 Cal.4th 895, 907, 129 Cal. Rptr. 799.

As one can imagine, the judge must really find that the police arrested someone unlawfully and then wrote a report that shows there were insufficient facts to make the arrest.  This is unlikely, as police are well aware of being sued for civil rights violations for false imprisonment, etc., so even if the arrest was unlawful, the report usually has fabricated information that makes the arrest seem lawful.  Thus, a judge would read such inaccurate information and deny the PFI.  This is why getting a PFI granted is very difficult, although our office has been successful on more than one.
Perhaps in response to the “incredibly high” standard of having a PFI granted, in October of 2017, Governor Jerry Brown signed Senate Bill 393 into law allowing individuals to seal an arrest record under Penal Code Section 851.87 to 851.92.  This new law, called the CARE (Consumer Arrest Equity Act), allows almost anyone who was arrested and never convicted for the events underlying the arrest to have that arrest record sealed. 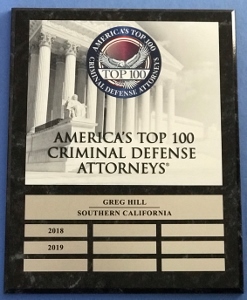 The term “never convicted” does not include someone who was actually convicted, but had the conviction later expunged.  We are asked about this from many clients.  The CARE Act does not apply to someone who had the conviction expunged.
The CARE Act does apply to those who may have entered into a delayed entry of plea or delayed entry of judgement (DEJ) program, i.e. diversion, which he or she successfully completed and the case was then dismissed under Penal Code § 1385.

It also applies (as one can read at Penal Code § 851.91), when one was arrested, but no case was ever filed and the statute of limitations has expired.  This usually means one year for a misdemeanor and three years for a felony from the date of the incident or crime.  There is no statute of limitations for murder or rape, so the CARE Act simply does not apply to such charges.

One is also eligible for relief under the CARE Act if the case was filed, but dismissed and it cannot be refiled (this means one dismissal for a felony or a second dismissal for a felony), the person was acquitted at trial, the person was convicted, but the convicted was reversed or vacated and the prosecutor did not refile the case or appeal the ruling. 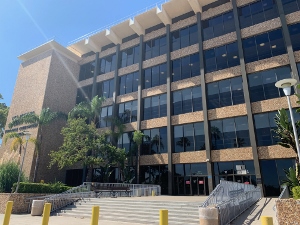 Torrance Superior Courthouse
A request to seal the police record and court file also does not apply if one evaded law enforcement efforts to find the person, or if the case involves a pattern of domestic violence, elder abuse or child abuse.  “Pattern” means two or more convictions or five or more arrests for the charges within three years of one of the other convictions or arrests.

Lastly, it must be understood that “sealing and destroying” an arrest record and court file does not mean that it is literally shredded or burned up.  What it means is that the record of one’s arrest and the court case filing will be removed from public view, but law enforcement will remain able to see it if one is applying for a job with law enforcement or prosecuted for another offense.

To read some of our articles pertaining to seal & destroy or PFIs, please click on the link below.
Seal Court Records &/or Arrest Records and
Petitions for Factual Innocence Articles
If you or a family member have questions or concerns regarding sealing an arrest record or PFIs, please call us today for a free 45-minute consultation. (310) 782-2500.
Contact us.