Being charged with vandalism, which includes creating graffiti, can be quite a shock because the offense quickly becomes a felony if $400 or more in damage is estimated.  This threshold is reached quiet easily in most cases, sometimes improperly when police add in investigative costs.

Many judges and attorneys do not know that vandalism can be an infraction under Penal Code § 640.5 or § 640.6 when the cost of the damage is less than $250, as long as it is one’s first conviction.

What is included in vandalism?  Penal Code § 594 states that vandalism is the defacing of another’s property with graffiti “or other inscribed material,” or damaging or destroying another’s property.  This type of damage cannot be caused negligently.  It must be accomplished with the intent to destroy, damage or annoy.  In other words, it must be done maliciously.
Vandalism and Graffiti Case Results
In resolving such cases, the first concern of the prosecution is always repairing the damage or replacing the item to “make the victim” whole.  This is called restitution.  It often an area ripe for exaggerated repair estimates and, it seems, victims seeking a new Mercedes for their damaged 1972 Toyota Corolla.
Articles Related to Vandalism and Graffiti
Restitution, however, is not where the case ends.  However, in some misdemeanor cases, it can if the judge grants a Motion for Civil Compromise under Penal Code §§ 1378 and 1379.

If one is convicted of felony vandalism, the maximum prison sentence is three years and fines can be up to $10,000.  When the damage caused by the vandalism exceeds $10,000, the fines can be increased to $50,000.

If the judge does to this, one should explore the possibility of applying to the D.M.V. for a “Critical Needs” restricted license. 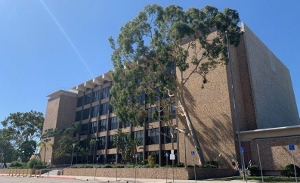 Torrance Superior Courthouse
If probation is allowed, the judge can order defendant to counseling (usually anger management) and community service, including cleaning or repairing the same property defendant allegedly damaged.  This case be a bit overwhelming, although it is meant to emphasize the value of the property to those who use it and why vandalism is such a serious crime.

A misdemeanor conviction for arson can include up to one year in county jail.  It can also include a fine of up to $1,000.  When probation is allowed, which is quite often for a misdemeanor conviction, the judge can order defendant to perform community service and attend classes such as anger management counseling.  The same driver’s license suspension, as mentioned above, can also apply.

Repetitive vandalism cases receive focused attention from our courts.  If one has two prior vandalism convictions and one was either incarcerated or placed on probation is at least one of the prior cases, the judge must sentence defendant to jail (if a misdemeanor) or prison (if a felony).

There are certain types of vandalism that receive special treatment, depending upon, for example, the damage is to a cemetery, mortuary or if it is deemed a hate crime.  If the vandalism is for the benefit of a criminal street gang, the sentence can be enhanced under Penal Code § 186.22. 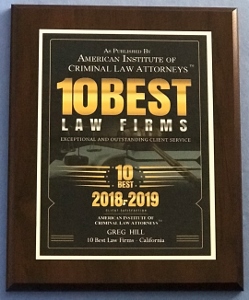 The defenses to vandalism are rather common sense.  Mistaken identity can apply.  One can also allege the act was accidental, under appropriate circumstances.

A rival gang who committed the crime can also report another gang as the suspect just to have the police investigate or hassle their competing gang.