If you want to read about our vandalism and graffiti cases, please click on the case summaries below to read a detailed description of each case.

The case summaries above show that vandalism and graffiti cases are approached by prosecutors with the goal of ensuring the damage caused by our client is repaired and that our client pays for this. The goal is to restore or replace the property, i.e. to turn back time.

If the scope of the damage is extensive, the prosecutor can seek additional punishment to deter our client from repeating the same conduct in the future.

The first issue in these types of cases is whether the client really committed the offense. In many cases, the identity of the suspect is based on a witness whose credibility is subject to attack. The witness may just be driving by in his car and unable to see much detail. The witness may the owner of the damaged property and, while his or her anger may be strong, his or her explanation of who committed the offense may have an ulterior motive and thus not be credible either. Sometimes, however, the client admits to the offense or the police find the client with spray paint on his or her fingers or holding items used in the committing the offense.

The next issue is not usually an issue, but it is whether the damage was committed with intent to damage the property of another. Was the damage caused by mistake, for example? Was it caused by the weather?

The measure of the damages is the next issue. Can the item be repaired or must it be replaced? Who is making this decision and do they have a bias toward replacement when a simple repair would instead be sufficient? Is this person seeking a windfall? Who prepared the estimate and is it objectively reasonable? What is the estimated repair cost or replacement cost? Is it accurate? Does it include investigation costs, which are not allowed? Is the value more or less than $400, the dividing line between felony vandalism and misdemeanor vandalism?

When the value is less than $400, a motion for civil compromise is possible because the case is a misdemeanor. Such a motion is permitted under Penal Code § 1377 and 1378 and allows the judge to dismiss the case against our client if the judge finds that the victim has been fully compensated for the damage and is no longer interested in prosecution of our client. Our office has filed such motions and had them granted in many contexts, including in hit and run and shoplifting, but the motion is best used in vandalism and graffiti cases. 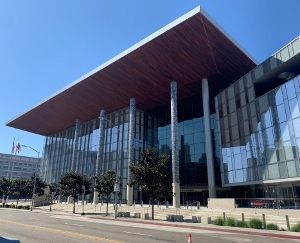 Long Beach Superior Courthouse
These offenses are often committed by juveniles and when this does happen, we always try to have the case resolved through Welfare & Institutions Code (WIC) § 654.1, which allows pre-filing diversion and, if the client completes the program, dismissal. The WIC 654 program is designed for juveniles with no prior criminal history who are accused of minor offenses. Under the program, which lasts six months, the juvenile is informally supervised by the juvenile probation department. There are usually monthly meetings, as which time the juvenile is monitored for satisfactory grades at school and good behavior at home, according to the juvenile’s parents or guardian. The probation officer may require the juvenile to perform a small amount of community service, usually under 100 hours.