Our client, age 52, worked for a dental supply company in the Los Angeles area and lived in Torrance.  He rented a small home behind a home in Torrance and immediately butted heads with the main home resident, who was single and in his early 40’s.

The Reader’s Digest Version:  Our client, age 52, with no prior record allegedly vandalized his neighbor’s truck, mailbox and two other items.  It was a Hatfield-McCoy situation.  Judicial diversion offered to our client, who accepted the offer and case dismissed.

Our client was often “on the road,” so he did not see the main home resident much, except on weekends.  The gentleman told our client that he would run him out of town and boasted that he had done so with the other prior tenants of the rear home.

Our client was a quiet guy who kept to himself and did not raise his voice much, so the bold prediction by his neighbor was regarded with healthy concern.

The neighbor would remove the client’s mail from the mail box and scatter it on the ground.  Our client would see him letting out air from his car tires and moving potted plants, but our client did not confront the neighbor about this.  This stoicism apparently aggravated the neighbor, who then began vandalizing his own truck and mailbox and then calling the police to report our client as doing so.  This went on for over fifteen years.

The police initially believed our client, as he often had an alibi for what was alleged (our client would be out of town, for example, at the time of the incidents).  This infuriated the neighbor to no end, so his “self-vandalism” became more careful to be coincided when our client was at home.

Finally, the police believed our client had committed four acts of vandalism – again on the neighbor’s truck tire, on the truck body, on his mailbox and on his garage lock.

The client was ultimately arrested at his house, much to the enjoyment of the neighbor, who witnessed our client being handcuffed and taken away to the Torrance Police Station.

Once released, the client called Greg Hill & Associates and spoke to Greg at length.  He explained the lengthy history of his crazy neighbor attempting to run our client out of town, or at least to move from the rear house of the lot.

The client, fortunately, had a solid job and was being transferred to New Mexico, so his main concern was to get through the four counts of violating Penal Code § 594(a) (misdemeanor vandalism), although the total alleged repair damages exceeded $2,300 (well above the $450 limit for felony vandalism). 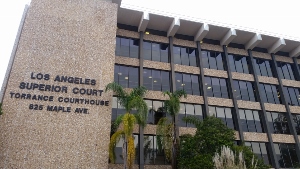 Greg attempted to have the complaint amended to allege trespassing or disturbing the peace, but after lengthy letters explaining why the claims lacked credibility, the prosecutor refused to preempt the jury’s exclusive role of determining credibility.

This was happening at the end of 2017, as judicial diversion was expiring.

So, Greg quickly accepted judicial diversion for the client (with the client’s consent) before December 31, 2017 arrived, but the terms were that the client pay restitution to the crazy neighbor for his alleged damages and take twelve anger management classes in New Mexico.

Once he does so, the case will be dismissed with no conviction and the police report will be sealed.  Nothing will be reported to the California Department of Justice, so nothing will appear on his criminal history.  The client was pleased with Greg’s hard work, patience and listening, as the terms of diversion were clearly minimal, considering the alleged conduct.

For more information about vandalism, please click on the following articles:
Contact us.
Serving Torrance, Long Beach, Compton, Airport Courthouses and Other Courthouses.