The following case summaries exemplify our results in asking a judge to vacate a plea, judgment or conviction under any of the three most common methods (Penal Code §§ 1018, 1203.43 or 1437.7).

It should be understood that a motion to vacate a judgment under Penal Code § 1018 was (and continues to be) a generally disfavored motion by judges.  Judges are apt to strictly enforce the six-month deadline for filing such a motion after the plea or conviction was entered, despite case law which suggests the deadline should be loosely applied.  See People v. Schwartz (1927) 201 Cal. 309, at 314 (a post-judgment motion to change a plea must be "seasonably made.”).

Nonetheless, there were countless motions to vacate a judgment that were only filed once defendant faced immigration consequences and, when we filed such motions, many were denied.
Indeed, many judges were concerned that granting such motions would “open the floodgates” of such motions, rendering our courts to a powerless position regarded with little respect.  Moreover, many of the motions were filed years, if not decades, after the conviction “caught up” with defendant, which would not even fall within the “seasonably made” loose standard recommended by Schwartz, supra.

In response to this often-unforgiving stance, prosecutors often agreed to modify the terms of probation if our client was still on probation, or would stipulate to a new disposition, making the judge feel obligated to further the agreement with a new judgement, often that still involved a conviction, but on more immigration-friendly terms. 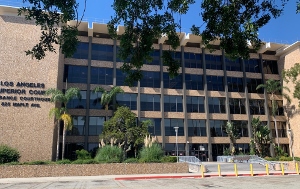 Torrance Superior Courthouse
Two new laws, however, dramatically eased this difficulty.  In 2016, Penal Code § 1203.43 was passed that permitted withdrawal of pleas in certain DEJ (delayed entry of plea) cases wherein simply wrong immigration advice was relied upon, often from a public defender, a private defense attorney, a prosecutor or even a judge.

One year later, on January 1, 2017, Penal Code § 1473.7 came into effect, which permits one facing immigration consequences in the future (the law was amended in 2019 to ease the standard so as to not require defendant to be facing a pending immigration case) to withdraw a plea without needing to establish ineffective assistance of counsel, or IAC (previously, the judge had to find IAC to grant relief under 1473.7).

We have found that judge and prosecutor resent this lenient standard because it, for all practical purposes, allowed many defendants probation and no custody by pleading to a charge with immigration consequences, but now being able to vacate the plea merely by claiming he or she would not have entered such a plea if properly advised of the immigration dangers.

This skepticism by judges and prosecutors is so because most non-citizens are anxious or fearful of going to jail and missing work.  Most also have a fear of jails that is high, especially if they do not have proficiency in English or have an idea that jail is like prison is portrayed in movies with gangs and violent guards.  This indeed may be how jail or prison truly is in defendant’s birthplace.

If you want to read about our motion to vacate cases, please click on the case summaries below to read a detailed description of each case.
Contact us.
Serving Torrance, Long Beach, Compton, Airport Courthouses and Other Courthouses.