Our client, living in the Compton area in 2004, got into an argument with his wife that quickly escalated into a pushing match.  The wife “won” insofar as the police came, arrested our client and he was convicted of felony domestic violence under Penal Code § 273.5.

The wife realized in 2015, however, that her “victory” was actually a major defeat, as she and he both really lost because her husband was facing deportation proceedings to send him back to Mexico.  She had never been employed here in the United States and her husband was her only financial support.  Making matters more painful was the fact that the couple had a young child in elementary school here in Compton.  If her husband was deported, they would all be forced to move back to Mexico and leave the United States.

Because her husband worked so many hours, the wife (instead of her husband) called Greg Hill & Associates to ask if there was anything that our office could do to help.  While a public defender represented the client in his quick plea at the arraignment in 2004, Greg recognized the issue that perhaps the immigration consequences of a plea to felony domestic violence were never explained.

The law on this subject is set fourth at Padilla v. Kentucky, a 2010 U.S. Supreme Court case, found at 559 U.S. 356.  In Padilla, the Supreme Court held that a defendant has the Sixth Amendment right to effective assistance of counsel when discussing the immigration consequences of a conviction before entering a plea bargain.

When Greg explained the issue to the client’s wife, she quickly said that the judge made this mistake in never explaining the immigration consequences to her husband.

Greg Hill thus obtained the docket report for the client’s case and looked to the date when the plea was entered.  The minutes contained no mention of the immigration warnings having been given even by the judge.  Greg could read there who the court reporter on that date was.  Our office then contacted the reporter and ordered a copy of the transcript from the hearing in 2004.

The court reporter searched her records and responded to us that she had destroyed the records because they were over ten years old.  She then signed a declaration under oath saying this.

Greg Hill and Associates next filed a motion to withdraw the plea under Penal Code Sections 1016.5 and 1018.  The motion contained a declaration from not only the court reporter, but also the client stating that his public defender never discussed the immigration consequences of his plea and that if he had known of the consequences, he would never have agreed to the plea bargain.  The motion also noted that the court minutes were silent as to the judge giving such immigration warnings. 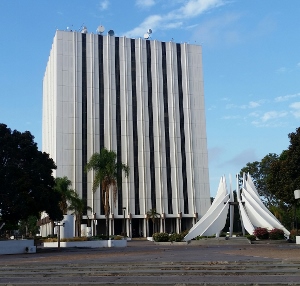 Compton Superior Courthouse
The judge ruling on the motion was the same judge in Compton who took our client’s plea eleven years earlier.  He could have easily refused to acknowledge a defective plea or insisted that he made no error in taking the plea, but to his great credit, he took neither of these routes.  Instead, he looked to the motion, the declarations, his notes and granted the motion.  Our office was very impressed with this judge and how he ruled on this motion.

The client’s wife was overjoyed with the judge’s ruling, as her husband would be able to stay in the United States, keep his job, supporting the family, and their son could remain in the same school.  The deportation proceeding were then terminated.
For more information about the issues in this case, click on the following articles:
Contact us.