In 2004, our client was 31 years old and new to the United States from Mexico.  She and her husband were living in a rough area of Inglewood, adjusting to their new life in the United States.  Our client became a “sanitation engineer” (janitor).
They mingled with a group of other recent Mexican immigrants who liked cocaine.  Eventually, our client tried cocaine and enjoyed it.
She knew it was illegal, but used very little and only once every few weeks.  One day, in Inglewood, she was stopped by Los Angeles Sheriff’s Department officers for jaywalking and searched.  Police found less than a gram of cocaine in her pocket in a small plastic bag, a violation of Health & Safety Code § 11350(a), possession of a controlled substance. 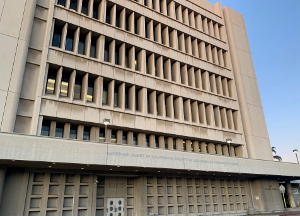 She was arrested and spent the night in jail before going to court the next morning and accepting a plea bargain to have the case dismissed under PC 1000.  At the time, her public defender told her that if she successfully completed the program, the case would be dismissed and there would consequently be no conviction and thus, no risk of being deported.
Fourteen years later, in 2018, she was trying to become a U.S. citizen and the plea she entered to a felony for PC 1000 (even though the case was dismissed) was haunting chances of becoming a U.S. citizen, especially because she later picked up two convictions for DUI after 2004.
She came to Greg Hill & Associates and asked about whether Proposition 47 would help her.  She was working two janitorial jobs, but no employer would make her a full-time employee because of her criminal history.  She had five children, but was never home at night because her work was during the hours when the buildings were vacant.
As to Prop 47, Greg explained that he was not sure if it would apply because the case was actually dismissed, so it was unclear if a court would have jurisdiction over the case.  Instead, however, he mentioned the new law under Penal Code § 1203.43, which allowed a person to request that he or she be allowed to withdraw his or her plea and have the judge then dismiss the case, even if the case had previously been dismissed under a DEJ program like our client completed.  The new law went into effect on January 1, 2016.
Indeed, under the Immigration and Naturalization Act, at § 101(a)(48)(A), a disposition will be considered a conviction when there is a guilty plea, finding of guilt, or admission of sufficient facts to make a finding of guilt, and some form of punishment is imposed.  Punishment for purposes of this definition includes any “restraint on liberty,” which can be as minimal as attending classes, performing community service or paying fines. As a result, many people who no longer have a conviction under state law continue to have a conviction under immigration law.  This can lead not only to confusion but harsh consequences under immigration law of a conviction that no longer exists under state law.
Greg explained that the intent behind section 1203.43 in Assembly Bill 1352was to protect non-citizens who had entered pleas involving deferred entry of judgment (DEJ) programs such as PC 1000 with the bad advice that it would not have any effect on their immigration status.  In other words, the code section basically allowed a motion to withdraw a plea based on improper legal advice.
This was common advice by public defenders, judges and even private criminal defense attorneys for years, but it was wrong.  Thousands of immigrants accepted plea bargains involving DEJ on minor drug offenses, even having the cases dismissed under Penal Code § 1000.3, only to later find out that while there was no conviction under California law, the plea to a felony had immigration consequences making the immigrant subject to deportation.
Greg explained that under 1203.43, one is permitted to withdraw the original plea and the judge then dismisses the case.  The important thing for our client was withdrawing her plea to a felony because of the adverse consequences for her citizenship application (Greg also planned on filing for expungement of each of her two DUI convictions).
The client then completed a short questionnaire that our office posed to her.  Her answers then formed the basis of a declaration that we drafted for her signature, to accompany a supplemental memorandum to the judge as to why Penal Code § 1203.43 would apply to this case and why it should be granted.
The petition was then filed in the Inglewood Superior Court and served to Inglewood District Attorney’s Office.  The judge assigned to the case granted the petition, which was a better result than Prop 47.  The felony was not reduced to a misdemeanor – the case was dismissed.  So there was no plea and thus, no adverse immigration consequence.  The client was very pleased with this result.
For more information about Prop 47 and expungements, please click on the following articles:
Contact us.
Serving Torrance, Long Beach, Compton, Airport Courthouses and Other Courthouses.