The following results of our cases involving military diversion involves only those cases involving successful requests for judicial imposition of military diversion under Penal Code §§ 1170.9 or 1001.80.  The prosecution often opposes such motions and judges are hesitant to allow such a benefit to our clients.
In contrast, we generally do not recommend of anyone to Veterans Court even if the person wants such a program, as it is extremely rigorous and time consuming.  It is best for someone with a raging drug or alcohol addiction that needs close supervision.  The person must also be eligible for probation and, usually, unemployed, but with some other source of financial support.

Referral of one to the 1170.9 program is after a conviction for sentencing to avoid prison or jail and instead receive drug or alcohol treatment (often in an out-patient format).  It can apply to felonies or misdemeanors.
Prosecutors do not appreciate us when we request this and we even had one prosecutor in West Covina submit a written opposition that contained incorrect statements of the law.  She was so committed to ensuring that our client served time in prison (for criminal threats) that she was willing to risk her own professional reputation to mislead the judge.  We pointed out to the judge that her statement(s) of the law were incorrect and the judge became quite upset.
Referral of one to the 1001.80 diversion program is only in misdemeanors, but it can apply to even DUI, as Assembly Bill 725 clarified in the summer of 2017 to amend the statute to allow eligible current or former service members facing DUI to seek such diversion.
It cannot be emphasized enough how valuable this program is for a veteran or former service member who is eligible for such a program.  It is an opportunity to the defendant to receive the much-needed counseling he or she can use to overcome or better manage the mental condition (i.e. PTSD, TBI, alcohol or drug addiction) that led to the crime alleged, while avoiding a conviction.
In avoiding a DUI, this can be a real windfall.  The client will avoid the court fines and fees that total nearly $2,000, as well as a conviction for DUI which would otherwise boost one’s automobile insurance for the next two to three years.  While the judge may order that the client enroll in and complete an approved alcohol-awareness program (i.e. AB541, AB762 or AB1353), which is not free, the client avoids some large expenses.  And the client avoids a conviction for DUI on one’s record and DMV history, so if the client receives another arrest for DUI within ten years, that second DUI will be treated as a first-time offense. 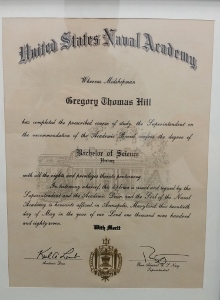 Prosecutors often oppose the diagnosis of a client as having a service-related condition that qualifies, especially when it is alcohol abuse.  We have had more than one prosecutor describe the military as a big fraternity where the culture is to encourage binge drinking and thus, alcohol addiction is not really a service-related disability because the drinking was social in nature and not a coping mechanism to the stress of facing combat or separation from one’s family while in the service.  Judges certainly look upon such a medical diagnosis (which must be established for such diversion to be granted) with such skepticism as well, but are more likely not to articulate this as a prosecutor did to us.
This type of skepticism articulated to us was not well-received by Greg Hill, who himself is a combat veteran with 35 combat missions in Operation Desert Storm.  He understands what it is like to be in the military, as he served for 11 years in the U.S. Marine Corps.  He also understands what is means to be shot at during wartime, so the condescending comments by the young prosecutor to him only made the judge’s referral of our client to military diversion more appreciated.
If you want to read about our military diversion cases, please click on the links below to go to a list of detailed cases.
Contact us.