If you want to read about our public intoxication cases, please click on the case summaries below to read a detailed description of each case.

If you want to read more of our public intoxication case summaries, please click here.

As the above case summaries show, police often cite someone for a misdemeanor for public intoxication (Penal Code § 647(f)), or “drunk in public,” when the person is actually only disturbing the peace (Penal Code § 415(2)) as an infraction.

The prosecution usually recognizes this issue, but if the client comes to court with documentary proof of having attended 10 or more Alcoholic Anonymous (AA) meetings already, the prosecution will more easily discuss the case. 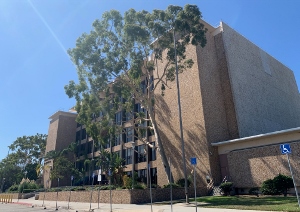 Torrance Superior Courthouse
Indeed, it is important to distinguish between simply being drunk in public, which is not a crime unless the level of intoxication causes one to be unable to care one’s own safety or the safety of others, or it causes one to obstruct or interfere with other people’s use of sidewalks, streets or some other public passageway, most commonly stairs. In other words, one must be very, very drunk, usually to the point of vomiting on oneself or urinating in one’s own pants – or passed out on a street, sidewalk or stairs.

If one is loudly arguing with a girlfriend, engaged in a fight or knocking on the door of someone that is not expecting the client, this is more likely disturbing the peace. It is important to understand that most prosecutors went to colleges (including law school) where alcohol abuse was not uncommon, so they can empathize with someone being under the influence and making bad choices.

The key to negotiating such cases, we think, is pointing out that the incident causing police attention may have taken place, but it merits closer scrutiny before burdening someone with a misdemeanor conviction, especially if it is a first offense.

This type of negotiation is complicated if the client is on probation for DUI, public urination or a prior public intoxication charge, most commonly, or any other charge. In such situations, admitting a probation violation may be demanded as a condition of having the 647(f) charge reduced to a 415(2) (disturbing another by making a loud noise) or 415(3) (using offensive words in a public place).

As one can see, our office has handled such cases in many courthouses, with charges arising in many different cities. We find that the prosecution approaches such cases in a relatively uniform manner, unlike in domestic violence, drug offenses, DUI, prostitution or public urination cases, for example. 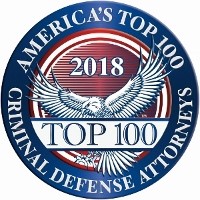 Prosecutors generally welcome an AA sign-in sheet with ten or fifteen (or more) meetings attended and will usually stipulate to amend the complaint to allege a second count of violating Penal Code § 415(2) as an infraction, to which the client will plead, and the first count, the misdemeanor charge of violating Penal Code § 647(f) will be dismissed in the interests of justice.

The terms of the plea to the infraction may be that the client attend more AA meetings, perform some community service (40 or 80 hours is not uncommon) and pay a small fine to the court ($50 to $150, plus penalties and assessments).

AB2124 is an option for seeking judicial imposition of diversion, at least in Los Angeles County; however, we find that it usually is only a second option if plea negotiations with the prosecution fail to yield a fair plea bargain.