On July 4th, our client was returning to his hotel in Redondo Beach from a bar in the downtown Pier Plaza area.  He was walking down the Strand toward the middle of the concrete area.  There were no bicyclists passing by, no runners and no walkers as there often are in daylight hours.

However, Hermosa Beach Police Officers saw our client and suspected he had to have been intoxicated, based on the time of night and the holiday.  According to police, however, he was obstructing the safe passage of others on the Strand due to his intoxication. 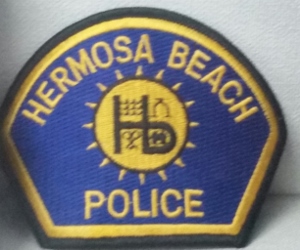 The police also had a report of someone knocking on a door nearby and then walking away when no one answered the door.  According to the police, the 911 caller’s description of the subject matched our client.

Police suspected it was our client, an engineer and age 25.  He had no criminal history.  He lived in Wyoming and had come to Southern California for an interview with one of the big defense contractors in El Segundo.  He had his interview the prior day.

Instead of spending the night in his hotel, he spent it in the Hermosa Beach City Jail after he denied knocking on the door as police believed.  When police asked him additional questions, he became frustrated by the police and attempted to walk away.  Instead, police arrested him and took him to the Hermosa Beach Police Station.

At the station, police did not take a breath sample to measure his blood alcohol level.  They booked him and put him in a cell to spend the night.

He was then released with a promise to appear in about six weeks in the Torrance Superior Court.

The client called up Greg Hill & Associates, angry with how the police treated him.  He was also extremely worried how a misdemeanor might affect his security clearance.  Greg listened to the client describe what had happened and expressed optimism that the charges might be reduced to an infraction for simply disturbing the peace and a small fine.  Greg recommended that the client attend ten AA meetings before the arraignment so Greg could begin plea bargain negotiations with a bit of momentum and credibility.

On the day of the arraignment, Greg met with the Hermosa Beach City Prosecutor, who commented that Hermosa Beach Police Officers had arrested over 100 people on July 4th, many for the same or similar offenses.  The prosecutor and Greg then discussed the police report, which did not describe any bicycle or pedestrian traffic on the Strand at the time our client was arrested.  Therefore, Greg argued, the 647(f) charge was improper and, if anything, our client was only possibly disturbing the peace.

Greg then showed the prosecutor the AA sign-in sheet that our client did provide Greg, showing he had attended 10 AA meetings in Wyoming.

The prosecutor agreed that the right thing to do was reduce the case to an infraction if the client would pay the booking fee to the City of Hermosa Beach.  Greg argued that even this was a bit unfair, as our client really did not knock on the door as alleged.

Greg then discussed the offer with the client, who reluctantly agreed to the offer, knowing that it was possible at trial that the 911 caller might identify him to a jury as the door knocker.  This would then mean that our client would be convicted of a misdemeanor and his security clearance would be in danger.

The client therefore paid the booking fee of $343 and Greg brought the receipt to court the following court hearing.  The prosecutor then amended the complaint to allege an infraction for violating Penal Code section 415(2) (“Playing Loud Music”).  The prosecutor then asked the Torrance judge to dismiss the misdemeanor charge, which the judge did.  Greg then entered the no-contest plea under People v. West to the infraction.