Home
Other Information
Criminal Defense Articles
What Is Disturbing the Peace (PC 415)? Defenses?

What Is Disturbing the Peace (PC 415)? Defenses?

For one who is unfamiliar with California’s criminal courts, the charge of disturbing the peace may conjure up thoughts of a homeless man shouting obscenities at passing cars on a busy street.  It may conjure up ideas that the charge is for someone who plays his stereo too loud at a party, disturbing neighbors late at night.  It may also be two folks arguing too loud in a restaurant.

The Point of This Article:  Disturbing the peace (Penal Code § 415) can be making a loud noise that annoys others, fighting in public or challenging another to a fight, or using “fighting words” likely to provoke an immediate, violent response.  It can be charged as a misdemeanor or infraction, depending upon one’s prior history and the facts of the case.

For those familiar with our criminal justice system, disturbing the peace can appropriately be called the “catch basin of minor offenses.”  It is how a variety of low level charges are negotiated to a plea bargain to help a defendant avoid employment or immigration consequences or having a criminal record for a lapse of judgment. 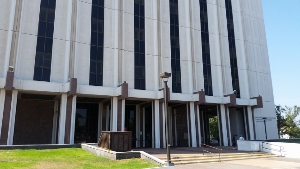 Disturbing the peace can be charged as either a misdemeanor or as an infraction.  When an infraction is accepted by defendant, the consequences are usually just a monetary fine payable to the court clerk’s office.

A conviction for misdemeanor disturbing the peace carries with it a maximum sentence of ninety days in county jail and/or a $500 fine.  It merits mention in this regard that most cases resolved via plea bargain for disturbing the peace do involve summary probation and no jail time.  However, when the case is filed as a violation of Penal Code § 415 because the case facts do “fit” the statute, it is much more likely that jail time and a fine will be part of the disposition.