Home
Other Information
Criminal Defense Articles
What Is Summary Probation? Do I Report to Anyone?

What Is Summary Probation? Do I Report to Anyone?

Our office is frequently asked what summary probation is, usually by clients who had a clean criminal record prior to the case we are defending them in.  The question is usually asked with anxiety, as the client may be aware that the county in which they live has probation officers and they are concerned about periodic meetings with probation officers.  Sometimes, the client confuses probation with parole, which is a form of supervision following a prison sentence. 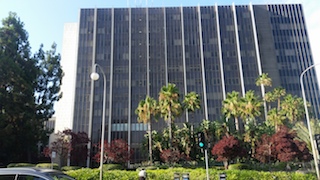 Santa Ana Courthouse
Indeed, following a conviction, a person is granted a revocable release from jail or prison, to the community.  The release often is conditioned upon the person attending some type of classes to educate him or her and prevent similar conduct in the future.  These can be alcohol awareness classes (the AB541, AB762, AB1353 or SB38 classes, for example) for a DUI, the Hospital and Morgue (HAM) program for DUI, a Mothers Against Drunk Driving (MADD) Victim Impact Panel (VIP) class for DUI, the batterer’s program for domestic violence, anger management classes for a variety of crimes, shoplifting prevention classes, animal cruelty classes or sexual addiction classes, among others.  Alcoholics Anonymous (AA) and Narcotics Anonymous (NA) classes are quite common, as well.
The person often also must perform some form of community service or Cal-Trans roadside cleanup work, pay court-ordered fees and pay a booking fee.  In a domestic violence case, a common condition of probation is to make a $500 donation to a battered women’s shelter.  In a DUI, in Los Angeles County at least, the person may be required by the court to install an ignition interlock device (IID).

Less frequently, the person on summary probation may have to pay restitution to a victim or make a donation to the Society for the Prevention of Cruelty to Animals (SPCA).  The person may also be bound by a protective order or a stay away order (SAO), as is common in shoplifting, vandalism and trespassing cases.  The person may also have to turn in all firearms.

Penal Code § 1203(a) provides for summary probation, calling it a “conditional sentence:”
As used in this code, 'conditional sentence' means the suspension of the imposition or execution of a sentence and the order of revocable release in the community subject to conditions established by the court without the supervision of a probation officer.

The judge will typically, but not always, schedule periodic “progress hearings” to monitor the probationer’s completion of the terms of probation.  It merits mention, too, that a condition of release to the community under informal probation can first require a jail term of up to six months or even one year.  Summary probation, in other words, does not always mean the person avoids jail time.

While summary probation may seem onerous, it is most often free.  In contrast, formal probation, where one is assigned a probation officer for closer supervision, involves fees that the probationer must pay.

As with formal probation, the person on probation can ask the judge to modify the terms under Penal Code § 1203.3(a) so as to end probation early.  This is something to keep in mind once one has completed all terms and paid all fines and fines required, but must still just wait out the term of probation.  When this is the situation, courts will consider such a motion, however, most often only after at least half of the term of time has been completed.