Home
Other Information
Criminal Defense Articles
Is a 'No Association' Probation Condition Proper?

Is a 'No Association' Probation Condition Proper?

A common condition of probation in a drug case is that the person on probation not associate with known  drug users or those that he or she “has reason to know” are drug users.

Without All the Details, What Happened?:  Court rules that, in a drug case, a probation condition is proper that someone not associate with others he has reason to know are drug users.

Most of our clients are so relieved to be afforded probation and avoid jail (or prison) that when the judge describes such a condition, the client quickly affirms he or she understands this.

Jaime Mendez, age 45, was different.  In March of 2012, he was found in possession of 0.4 grams of cocaine.  Mendez was arrested in a city park.  He had hidden his cocaine in a flash light, but police found it.  He pleaded guilty to violating Health and Safety Code § 11350 (a), possession of a controlled substance.  He was then placed on Proposition 36 (Penal Code § 1210.1). 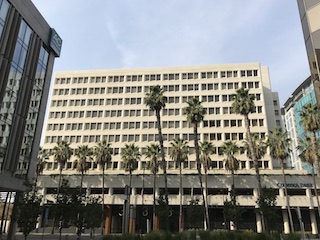 Court of Appeal Sixth Appellate District San Jose
As a condition of Prop 36, there were periodic court hearings that followed to check on his status in the program.  At the first one, about a month after he agreed to Prop 36, Mr. Mendez failed to appear and his right to participation in Prop 36 was revoked.  A bench warrant was then issued for his arrest.
Mendez was then arrested about two months later.  He appeared in court and was reinstated on probation, with a new condition that he “not associate with any individuals he knew or had reason to know were drug users, or on any form of probation or parole supervision.”  Mendez objected to the “reason to know” language, arguing that the condition was too vague.  The court overruled the objection and imposed the condition.

The Sixth Appellate District, in People v. Jaime Mata Mendez (2013 DJDAR 15739), noted at the outset of its opinion the well-established principal that a “probation condition  must be sufficiently precise for the probationer to know what is required of him, and for the court to determine whether the condition has been violated, if it is to withstand a [constitutional] challenge on the ground of vagueness…”  In re Sheena K. (2007) 40 Cal. 4th 875, 890.  The Appellate Court also noted that in Sheena K., at 875, “a condition that prohibits certain conduct must contain an actual knowledge requirement.”

The Appellate Court then went on to explain that it interpreted Sheena K. in a different way.  In Sheena K., the condition at issue was that Sheena K. could not associate with “anyone disapproved of by probation.”  In other words, it was a different type of condition than for Mendez.

Next, the Appellate Court commented that the real issue was whether the condition gives a probationer “fair warning” and thus is not vague. People v. Castenada (2000) 23 Cal. 4th 743, 751.  Such a “fair warning” prevents arbitrary law enforcement, “delegating basic policy matters to policeman, judges and juries for resolution on an ad hoc and subjective basis."  People ex rel. Gallo v. Acuna (1997) 14 Cal. 4th 1090, at 1116.

The Sixth Appellate Court then noted that opinions after Sheena K. have added an express constructive knowledge element as sufficient to meet constitutional standards. People v. Turner (2007) 155 Cal. App. 4th 1432.  In People v. Moses (2011) 199 Cal. App. 4th 374, the court approved a probation condition that defendant “not associate with persons you know or reasonably should know to be parolees, convicted felons, users or sellers of illegal drugs.”  Id. at 382.

Lastly, the Sixth Appellate District noted that Penal Code §§ 245, 243 (d), 190.2, 368, 261 (a) (3) and other several Health and Safety Code sections use the “know or reasonably should know” standard.  Such standards have been challenged as vague and such challenges lost.  In some cases, courts have commented that such a “reasonably should know” standard promotes awareness and thus is effective as a measure of control.

It should then come as no surprise to the reader of this article that Mendez lost his appeal.  Such seemingly vague probation conditions were upheld as valid.
The citation for the Sixth Appellate District Court of Appeal ruling discussed above is People v. Jaime Mata Mendez (6th App. Dist., 2013) 165 Cal.Rptr.3d 157, 221 Cal.App.4th 1167.
For more information about probation in general, click on the following articles:
Contact Greg Hill & Associates