Home
Other Information
Criminal Defense Articles
What Happens During a Probation Violation Hearing?

What Happens During a Probation Violation Hearing?

Whenever a judge approaches a possible violation of probation, defendant naturally feels a sense of anxiety and concern that he or she may be remanded to jail or prison. To address this difficult time, this article will attempt to explain the process.

About This Article Briefly:  A probation violation hearing can be two hearings, or condensed into one.  The first part is when a judge formally decides, based on probable cause, whether to revoke probation.  The second part is when the judge decides if the conduct at issue really violated probation and the punishment.

In considering whether to find a violation of probation and possibly revoke probation (and then impose custody), the judge must follow a two-step process.

First, the judge must preliminarily consider if there is probable cause to revoke probation. People v. Coleman (1975) 13 Cal.3d 867, 120 Cal.Rptr. 384. He or she may look at a police report or hear the testimony of a police officer to determine this. The hearing at which this is done is loosely called a pre-revocation hearing, although this term is rarely used in court. If the judge finds there is probable cause to support a probation violation, the judge may issue an arrest warrant, a bench warrant, or if the probationer is present, a detention order. 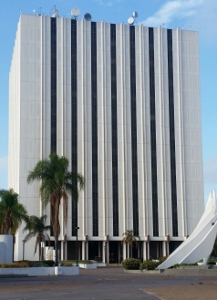 When the judge does this, probation is “summarily revoked to distinguish it from formal revocation, which would be considered at a further, more deliberate hearing. Summary revocation allows the judge to retain jurisdiction over the probationer and it tolls the probationary period, meaning it stops. Penal Code § 1203.2(a); People v. Ham (1975) 44 Cal.App.3d 288, 293, 118 Cal.Rptr. 591.

It is intended to be a temporary suspension, pending a formal probation revocation hearing. People v. Pepitone (1984) 152 Cal.App.3d 1112, 201 Cal.Rptr. 18. It is important to note that the terms of probation paradoxically are not ended, so the probationer cannot return to drinking alcohol, for example, if one term of his probation was to abstain from all use of alcohol while on probation.

At such a formal hearing, the judge will first consider the terms of probation and the conduct that is allegedly in violation of such terms. Hearsay ordinarily is not admissible at such hearings and the Confrontation Clause under the Sixth Amendment does apply to allow cross-examination of witnesses. Often, the judge will rely heavily on a probation officer’s report.

If a violation is found, the court has several options on how to proceed, depending on many factors. The judge will certainly consider the nature of the violation and if it directly violates one of the terms of probation, the harm to the public, whether probationer has violated probation in the past, the probationer’s attitude and the probationer’s overall criminal history.

Lastly, we understand many probation violations arise from a failure to pay a fine or restitution. An inability to pay cannot be the basis for a probation revocation, thankfully. Penal Code § 1203.2(a); People v. Cookson (1991) 54 Cal.3d 1091, 1086, 2 Cal.Rptr.2d 176. However, probation can be extended for non-willful failure to pay restitution to allow the probationer more time to complete payment. The failure to pay must be from a change in circumstances that the probationer was unaware of, or some new fact not present when probation was granted. Cookson, supra.

For more information about probation violations in general, click on the following articles: