A common situation our clients on probation face is being arrested for a new offense.  They often remark that they are just unlucky.  The client then faces not only a new criminal case, but a probation violation case that could land the client in jail or prison for significant time.  This is especially so because the burden of proof is lower for a probation violation.

When the new case is a felony, judges often propose that the probation violation hearing and the new case’s preliminary hearing be held at the same time.

About This Article Briefly:  Collateral estoppel and due process principals dictate that a judge may not hold a second probation violation hearing after the first one ends if the violation is based on the same set of facts.

In Myesha Quarterman’s case, she was placed on felony probation in 2008 for various theft-related offenses (identity theft (Penal Code § 530.5), receiving stolen property (Penal Code § 496(a)) and four counts of commercial burglary (Penal Code § 459)).  She was then arrested in 2010 for pawning a camera and camera accessories, allegedly with knowledge that the items were stolen.  She was charged with receiving stolen property (a felony) and violating her probation.

The prosecutor then re-alleged a probation violation and successfully asked for a different judge to hear the case.  Quarterman’s attorney strenuously argued that collateral estoppel barred the second probation violation case, but the new judge allowed the case to proceed.  This second time, the district attorney had the camera owner and the pawn shop owner testify and the probation violation was sustained.

Quarterman then appealed the ruling to the First Appellate District, arguing that the People already failed on a fully litigated probation violation so collateral estoppel prevented such an identical, second attempt. 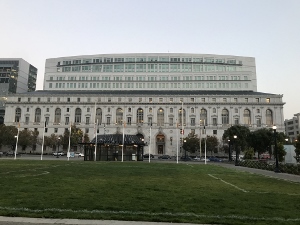 The Court then turned to the prior probation violation hearing and evaluated the issues decided and whether they were the same in the second probation violation hearing.  The Court determined that the identical issue was decided in each proceeding, that is, “whether the defendant’s conduct demonstrates that the leniency extended by the grant of probation remains justified.”  The Court also made it certain that the prosecution had the opportunity to present their entire case at the prior proceeding, but did not do so (by not calling the necessary, live witnesses) and that the witnesses were not unavailable at the earlier proceeding.

The Court further stated that the first hearing did conclude – i.e. the People did not request a continuance or move to dismiss the probation violation petition without prejudice to allow a later petition.

The People argued that since double jeopardy does not apply to a probation violation hearing, collateral estoppel cannot apply either.  The Court disagreed with this, explaining that collateral estoppel is always an issue, as it applies to every civil and criminal proceeding.