Expungement Not Available When Probation Terminated?

Many attorneys tell their clients that “expungement is a right."  In fact, Penal Code § 1203.4 uses the word "shall," meaning the court has no discretion to deny an expungement request if the defendant qualifies for expungement.  In fact, People v. Covington (2000) 82 Cal. App. 4th 1263, at 1266, states that when defendant has finished the entire probation period, he or she “is entitled as a matter of right” to expungement.

The Point of This Article:  If one fails to successfully complete probation, i.e. because one violates probation and is then sentenced to jail with probation to terminate upon completion of the jail term, that person is ineligible for expungement, as the case summary here exemplifies.

To qualify for expungement in California, a conviction must be for certain offenses, generally described as any offense which involved a sentence of less than one year in county jail.  If the individual was granted probation, the defendant must fulfill the conditions of probation. In addition, the applicant must not be serving any sentence for any offense, on probation or charged with the commission of any offense.

Kevin Deaundra Johnson was convicted of misdemeanor domestic violence (Penal Code § 273.5 (a)) 2002.  He was ordered to serve thirty days in jail, attend a 52-week batterer’s program and placed on three years of summary probation. 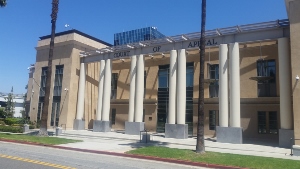 4th Appellate District Riverside
He was repeatedly thrown out of the 52-week batterer’s program and was charged with a probation violation.  Each time, the judge reinstated Johnson on probation and warned him to finish his classes.
Finally, the judge determined that Johnson was unfit for probation and ordered him in August 2003 to serve a straight sentence of 120 days in jail.  Upon completion of his time in jail, probation was terminated.

In 2011, Mr. Johnson made a motion under Penal Code § 1203.4 to set aside his guilty plea and dismiss the complaint (expungement) of his misdemeanor domestic violence charge.  The grounds were that probation was terminated early.  The trial court denied the motion.

Johnson appealed the decision to the Appellate Division of the Superior Court.  The Appellate affirmed the trial court.

The Fourth Appellate District emphasized that the statutory language in section 1203.4 includes words that defendant has “fulfilled the conditions of probation for the entire probationary period.”  Here, Johnson did not fulfill the terms of probation.  The Fourth Appellate District further emphasized that “expunging of the record is, in essence, a legislatively authorized certification of complete rehabilitation based on a prescribed showing of exemplary conduct during the entire period of probation”. People v. Lewis (2006) 146 Cal. App. 4th 294, at 297, quoting People v. Chandler (1988) 203 Cal. App. 3d 782, at 788-789.

The Fourth Appellate District then pointed out decisional law requires a defendant making an application for expungement to affirmatively establish that he or she has fulfilled all probationary conditions. People v. Ignazio (1955) 137 Cal. App. 2d Supp. 881, 882-883.  All conditions of probation must be performed. Chandler, supra, at 789.

Here, Johnson did not fulfill all probationary conditions.  He was kicked out his 52-week batter’s program for missing four consecutive classes and he repeatedly failed to enroll in the classes by the deadline set by the court.  Therefore, the Appellate District Court affirmed the denial of relief for Johnson under Penal Code § 1203.4.

In reviewing this opinion, we are reminded of countless other cases we have handled wherein the client fails to pay the full amount of restitution.  This is a far more common form of violating the terms of probation and also prevents application of Penal Code § 1203.4.  However, we have had cases wherein the client was placed on three or even five years of probation, but did end up paying the restitution seven or even ten years later.  While this would technically present a violation of probation, we have found that seeking expungement of the conviction is often successful because the judge is happy to reward the client for making the entire restitution payment to the victim, even if late.