Disturbing the Peace Case Not a First Amendment Violation

In San Diego County, on September, 2011, at about 4:00 p.m., juvenile Curtis S. grabbed Jeffrey M.’s cell phone out of his hands.  This happened in broad daylight outside the high school each was attending.  Jeffrey M., who was doing his homework at the time, ran after Curtis S.  Jeffrey M. yelled to parents looking on (waiting to pick up their children from school), “that guy stole my phone!”

Main Point:  Juvenile’s conviction for disturbing the peace under Penal Code § 415 (2) while stealing a cell phone not a First Amendment violation.

Ana Lara, one of the adults hearing this, pulled out her car into Curtis S.’s path to stop him.  She also got out, stopped Curtis S. and ordered him to return the phone.  Lara even grabbed Curtis S.’s wrist.

Curtis S. jerked his hand away, yelling, “Get back.  You better get back.”  Curtis S. also used his own cell phone to call someone, aggressively instructing, “get this lady.  I’m about to . . . “and then he stopped talking, implying he was going to assault Ms. Lara.  Curtis S. then used profanity (the “f” word and the “n” word) at Ms. Lara.  Ms. Lara then moved away because Curtis S. moved at her, according to witnesses. 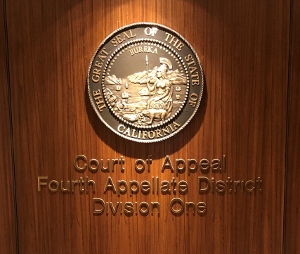 The case proceeded to trial.  The judge found all the allegations true except the violation of Penal Code § 415(3).  Curtis S. was sentenced to probation.

Curtis S. then appealed his conviction for violating Penal Code § 415(2), disturbing the peace by disturbing another with a loud and unreasonable noise.  Curtis S. argued that his speech did not created a clear and present danger of immediate violence and thus the conviction violated his First Amendment right to freedom of speech.

Our office has had clients rhetorically ask us questions this case confronts on appeal, so we find this case excellent for discussion.  However, the Fourth Appellate District, in People v. Curtis S. (2013 DJDAR 5112), rejected Curtis S.’s arguments.

The appellate court began its analysis by looking to In re Brown (1973) 9 Cal. 3d 612, at 621, which held that Penal Code § 415(2) made it a crime for any person to “maliciously and willfully disturb another person by loud and unreasonable noise.”  Loud “noise” encompassed communications made in a loud manner:
The appellate court also noted words may be restricted under the First Amendment where they are “of such slight social value as a step to truth that any benefit that may be derived from them is clearly outweighed by the social interest in order and morality.”  In other words, they commented, “there is a fundamental difference between loud communication, or the use of loud shouting, uttered not to inform or persuade, but to disrupt lawful endeavors.”

When Curtis S. used his phone and said, “Someone needs to get this lady,” a jury could reasonably infer that his speech presented a clear and present danger of imminent violence, especially coupled with his calling Ms. Lara a “bitch” and a “nigger.”

As such, the appellate court affirmed the trial court’s judgment.
The citation for the Fourth Appellate District Court of Appeals ruling discussed above is People v. Curtis S. (In re Curtis S.) (4th App. Dist., 2013) 215 Cal.App.4th 758.
For more information about disturbing the peace and the First Amendment, click on the following articles:
Contact Greg Hill & Associates