In 2008, inside a Stockton grocery store, Eduardo Liesa, a member of the Sureño street gang, allegedly made rude comments and threw gang signs to two Norteño gang members also standing in the store.  The two gangs were rival gangs.

The confrontation continued into the grocery store parking lot.  One of the Norteño gang members then pushed a shopping cart into Liesa.  Then one of the Norteños showed a “Norte” tattoo and a bystander, referring to Liesa, yelled “he has a gun!”  There was about eight witnesses to the yell and the escalating confrontation.

One of the witnesses was Christopher Smith.  When the issue of Liesa having a gun was shouted, one of the Norteños ran to his car and got his gun.  Three rapid gunshots rang out. 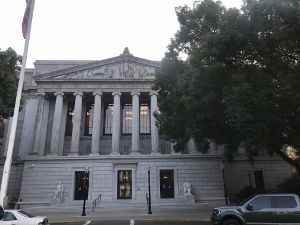 Court of Appeal Third Appellate District Sacramento
Mr. Smith was shot in the eye.  No one else was shot.  Witnesses claimed they did not know who shot Smith.
About a month before the shooting, police officers found two bullet casings in Liesa’s pickup truck.  Such casings were from a .32 caliber and a 9 mm gun.  The bullet removed from Smith’s head was from a .32 caliber gun, as was a mushroomed bullet found near a wall in the parking lot.  Liesa was then identified as the likely shooter of Smith.

At trial, Liesa was convicted of attempted murder, assault with a firearm and criminal street gang participation as an aider and abettor.  Liesa was sentenced to state prison for 32-years-to-life.  The sentenced included a 25- year-to- life gang firearm enhancement.

Liesa appealed his conviction, contending that the above jury instruction was an incorrect statement of the law because the jury could have interpreted “co-participant” to include the rival gang members who may have shot Smith.  Liesa argued that “confederate,” rather than “co-participant” should have been used because Liesa certainly was not an aider and abettor to a rival gang, if one of the rival gang members shot Smith.

In support of his appeal, Liesa pointed out that the evidence at trial was that a rival gang member was the shooter, making his “co-participant” argument even stronger, or so he thought.

The Appellate Court added that Penal Code § 12022.53(e)(1) “is expressly drafted to extend the enhancement for gun use in any enumerated serious felony to gang members who did aid and abet that offense in furtherance of the objectives of a criminal street gang.” People v. Gonzalez (2001) 87 Cal. App. 4th 1, 15.
The citation for the Third Appellate District Court ruling discussed above is People v. Liesa (3d App. Dist., 2013) 213 Cal.App.4th 408, 152 Cal. Rptr. 3d 557.
For more information about sentencing in violent crimes, click on the following articles:
Contact Greg Hill & Associates