Juvenile Sentence of 100 Years Is Cruel and Unusual?

Camilo Hernandez was fifteen years old when he was arrested for allegedly helping Cristian Argeta, an adult, shoot into a group of six Afican American teenagers in Compton. Before shooting, Hernandez and Argeta yelled “Compton Vario Tortilla Flats” (CVTF), a name of a Hispanic gang in Compton with a reputation for violence against African Americans. One of the six youths died at the scene while another was shot in the chest.

Main Point:  Sentence for juvenile of 100 years is cruel and unusual punishment for aiding and abetting murder.

Both Hernandez and Argeta were charged with one count of murder (Penal Code 187 (a)) and five counts of attempted, willful, deliberate and premeditated murder (Penal Code § § 664, 187(a)). It was alleged as to all counts that the offenses were committed for the benefits of a criminal street gang (Penal Code § 186.22 (b) (1)) and that there was an intentional discharge of a firearm causing great bodily injury and death (Penal Code § 12022.53 (d) and (e) (1)). Hernandez was charged as an adult.

The jury in the first trial was unable to reach a verdict and a mistrial was declared. In the second trial, the jury found defendants guilty on all counts. It found the murder to be in the first degree. Hernandez was convicted as an aider and abettor, Argeta as the principal. 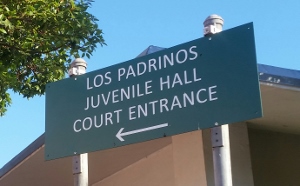 Hernandez was sentenced to the same sentence and appealed to the Second Appellate District. Both he and Argeta would not be eligible for parole until serving 75 years in prison.

Hernandez’s appeal listed many grounds to appeal the convictions, as well as the sentence. This article will only focus on the appeal of Hernandez’s sentence.

Hernandez claimed that because he was just fifteen when the attempted murder happened his sentence of 100 years to life constituted, effectively, life without parole, and this was cruel and unusual punishment in violation of the Eighth Amendment to the U.S. Constitution, as well as the California Constitution. Indeed, In Graham v. Florida (2010). 560 U.S. _______, 130 S.Ct. 2011, the U.S. Supreme Court held that sentencing a juvenile to life without the possibility of parole for a non-homicide offense violated the Eighth Amendment. The Supreme Court noted that there were fundamental differences between juvenile and adult minds. Juvenile, the court stated, are “more capable of change then adults.” Later, in Miller v. Alabama (2012) ______ U.S. ______, 132 S.Ct. 2455, the Supreme Court held it was also an Eighth Amendment violation to impose a mandatory life-without parole sentence upon a juvenile in a homicide case.

The Second Appellate District, in ruling on Hernandez’s appeal, also looked to California cases on this issue. In People v. Caballero (2012) 55 Cal. 4th 262, the California Supreme Court found that when a juvenile is sentenced to minimum terms that exceed his or her life expectancy, the sentence is the functional equivalent of a life sentence without the possibility of parole and was unconstitutional. Turning to Hernandez’s sentence, the Second Appellate court held that his sentence must be reversed. It then ordered the case remanded to the trial court for resentencing on all counts.

Lastly, it merits mention that Argeta, age eighteen and five months at the time of the shooting, also alleged his sentence of 100 years was also cruel and unusual punishment, under the same rational as applied to Hernandez. The Second Appellate District rejected their argument, pointing out that drawing the line at age 18 is the line our society draws as the distinction between childhood and adulthood. The court refused to make an exception, as it would open the door to the next defendant who is only six months into adulthood, leading to no logical end to sentencing challenges.

For more information about the limits of long sentences for juveniles, click on the following articles:
Contact Greg Hill & Associates