Our client, age 33 and an attorney, was arrested at about 5:15 a.m. near the Manhattan Beach Police Department after an Uber driver pulled her out of his car there and left her there.

The client had passed out and, according to the Uber driver, was unresponsive to his many attempts to wake her up.  The client had been at a Santa Monica bar with some friends, where she had struck up a conversation with two older men with Middle-Eastern accents.  The men were flirting with her and inquisitive if she would be leaving alone or with a group.

Overview:  Client, an attorney, was arrested for public intoxication after she vomited in an Uber and then passed out.  The Uber driver pulled our client out of his car and left her near the Manhattan Beach Police Station, where she was found by police officers, arrested and later charged.  Case resolved for a dismissal after client attended 15 AA meetings and paid court fees of $515.

At one point, the client left her barstool to use the restroom.  She left her drink on the bar and the men sat nearby.  When she returned from the restroom, she resumed her conversation with them, but sensed something was wrong.  She drank from her glass and immediately thought something tasted odd, but dismissed it as the tequila taking effect.

She then recalled leaving the bar at approximately 1:00 a.m. after calling Uber cab service.  The Uber cab driver seemed odd, as he did not show his identification as most drivers do.  However, he did drive her in the general direction of her home in Manhattan Beach.

Along the way home, the client vomited inside the Uber car that picked her up.  She did not think it was due to the alcohol she consumed, as she only had two or three drinks, but something else.  The vomiting greatly upset the Uber driver, who continued driving the client to Manhattan Beach.  A few minutes later, the client passed out in the backseat of the car. 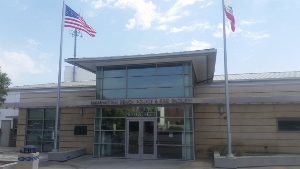 Manhattan Beach Police Station
The client suspected that one of two men at the bar may have slipped GHB or some other substance into her drink.  While the client had indeed consumed some alcohol, it was not enough to cause her to get sick or vomit and she was not otherwise sick or one with a weak stomach.

Once the client was released from the police department, the client called up Greg Hill & Associates and met with Greg Hill the same day (a Sunday).  Greg listened to the client’s story and realized that the client did not have the requisite criminal mental state to commit the crime.  She had not drunk an excessive amount and she had clearly acted responsibly in arranging a ride home for herself using Uber.  Instead, one of the two men had caused her to pass out and this led to her arrest for public intoxication.

Greg thus focused on obtaining the bar’s indoor security camera footage of the bar area, as most bars maintain such a camera to observe the cash register area in case there is a robbery and the thief stands near the cash register.

Greg consequently sent an immediate Demand to Preserve Evidence letter to the bar, which advised the bar owner of Penal Code § 135, which provides that:

Every person who, knowing that any book, paper, record, instrument in writing, or other matter or thing, is about to be produced in evidence upon any trial, inquiry, or investigation whatever, authorized by law, willfully destroys or conceals the same, with intent thereby to prevent it from being produced, is guilty of a misdemeanor.

The client herself also went back to the bar to request the video tape.  The bar owner initially told her that the tape did exist and he would provide it to her.

As the arraignment date was approaching, the client repeatedly contacted the bar owner again and again, gently requesting the tape.  Finally, one day before the arraignment, he told her that the tape had been deleted.

The client advised Greg Hill of this, who immediately recognized how this issue would color plea negotiations with the prosecutor the following day.

At the arraignment in the Torrance Superior Court, Greg discussed the case facts with the prosecutor at length.  He described his efforts to obtain the video tape of the bar area on the evening in question and how the client was most likely drugged, rather than criminally negligent or reckless.  The prosecutor understood the issue and agreed to dismiss the case if the client attended fifteen Alcoholics Anonymous meetings and paid court fees of $515.

The client readily agreed to this resolution, happy to avoid a conviction on her record, especially for a misdemeanor that she would otherwise have been required to report to the State Bar.