Our client, age 32 and with a career of ten years with the same large employer, was arrested by the Manhattan Beach Police Department after officers found her about midnight outside a bar and unable to stand up on her own.  It was an early Saturday morning.
She was sitting next to her car, leaning up against her car tire with her legs sprawled out on the sidewalk.  People walking by had to step over her legs so they did not trip over her.  Had she been able to get inside her car to drive home (as she intended), she certainly would have been vulnerable to arrest for DUI and more importantly, dangerous to others and herself.

The Point of This Summary:  Public intoxication charge based on obstruction of a public thoroughfare.  Our office sent a Defense Position Letter and Mitigation Packet to the prosecutor before the arraignment and the case was resolved for a delayed entry of plea, which ultimately meant dismissal.  This preserved the client’s promising career with a large corporation.

She was unable to remember her address and mumbled to police that she had had a “very bad day.”  She smelled of alcohol and admitted to police that she had consumed “six or eight” bottles of beer.  She told police that she did not know where she was.  Her pants’ zipper was down.  Our client had no prior criminal history.
The client was arrested by the Manhattan Beach Police Department and taken to the Manhattan Beach police station, where she spent the night.  She was released in the morning, after signing a promise to appear in the future on a specific date in the Torrance Superior Court.  Her ticket said her arrest was for public intoxication, a violation of Penal Code § 647(f). 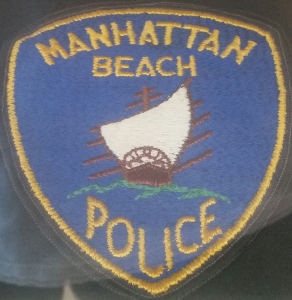 She then called Greg Hill & Associates and spoke with Greg Hill.  Greg recommended that the client assemble a “Good Gal” packet (color copies of her many awards at work, letters of appreciation, photographs of her looking respectable and a short autobiography) and bring it to our office, which she did.
Greg then hand-delivered it to the District Attorney with a Defense Position Letter explaining why leniency in punishment and a certain disposition made legal, factual and equitable sense, especially in light of her promising career.  This was before the arraignment.
The District Attorney surprisingly agreed without too much resistance.  Our client was offered a delayed entry of plea disposition wherein she agreed to pay certain court fees and attend ten A A (Alcoholics Anonymous) meetings before entering any type of plea.  In exchange, once she completed the AA meetings and paid the fees, the case would be dismissed.
This disposition was quickly accepted by our client.  She then quickly attended ten AA meetings and paid the fees.  The case was then dismissed.
This case took place before January 1, 2015, when AB (Assembly Bill) 2124 was passed into law at Penal Code § 1001.94 and § 1001.98.  Under AB 2124, a defendant such our client, through counsel, could file a motion for imposition of judicial diversion under these code sections.  The judge could then impose diversion, over the prosecutor’s objection. This program ended on January 1, 2018.
The program was designed for low-level misdemeanor offenders, such as our client here, who had no prior convictions of any sort in the past ten years and who were not otherwise disqualified personally (i.e. one cannot be a registered sex offender under Penal Code § 290).

The offense at issue also could not be a DUI, a domestic violence case or one involving certain sex offenses (prostitution is not considered excluded).
We mention this diversion program because from time to time, there are similar diversion programs that may be available to assist folks with no criminal history and who are charged with low-level crimes.