Our client was standing outside Sharkeez, a popular Hermosa Beach bar.  He had drunk several beers inside the bar.  He was talking to whomever would listen.  A Hermosa police officer came upon him and noticed that he looked a bit drunk.  The officer asked our client how he was doing.  Our client was apparently quite drunk and once he started talked, this became obvious. 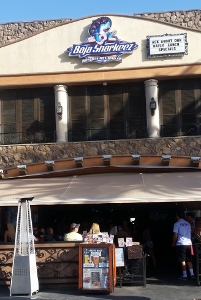 According to the police report, our client allegedly told the police officer that the officer was a loser and that he made almost nothing (low salary).  Our client, in contrast, allegedly bragged that he made over a million dollars every year as a member of the CIA.  He was visibly intoxicated, but standing on his own.
According to the police report, our client was trying to speak to each person who was walking by, bothering each person.  He apparently told quite a few people that he worked for the CIA.
Our client must have endeared himself to the police officer with his condescending comments, as the officer arrested our client for public intoxication, a violation of Penal Code § 647(f).  Our client was taken to the Hermosa Beach police station, where he continued to patronize the police officers there.  He was then booked and held for several hours while he sobered up.  The police did not measure his blood alcohol content (BAC) while he was there.

When the client was released, he called Greg Hill & Associates.  He explained that he (really, truly) was a commissioned officer in the Air Force and scared to death about losing his top-secret security clearance and maybe even his job.  He was 23 years old and just starting his career.

The client did attend the 30 AA meetings as Greg recommended.  It was tough for him to do because he travelled a lot for his job, however, he completed the goal.

The prosecutor responded, saying she was happy to see the 30 AA’s and agreed that the police report did not describe the client obstructing anyone’s passing by.  She then agreed to dismiss the complaint if the client paid the $343 booking fee.

The client then did so and, as promised, the prosecutor did dismiss the complaint.

The client was extremely happy that Greg had seen the problem with the police report and that he had recommended the client attend the 30 AA’s.  A dismissal was exactly what the client needed for his career.
For more information about the issues in this case summary, click on the following articles:
Contact us.