Since Penal Code § 1001.36 became effective in late June, 2018 (about one year ago), our office has filed over ten motions requesting this form of diversion for our clients.
While judges often deny such a request, the presentation of the client’s mental health issues and our description of the events leading to the arrest and/or criminal case filing, including mitigating circumstances, has always improved resolution of the case.  This is so because the prosecutor must review the motion since a judge will be ruling on it and may seek the People’s position on such diversion.
For an example of where filing such a motion was a tactical defeat but a strategic victory, in a felony DUI involving evading a police officer, we filed such a motion when the current plea bargain offered to our client was three years in state prison.  While the motion was denied by the judge in Orange County, the prosecutor reduced the offer to our client to 180 days in county jail, which our client accepted. 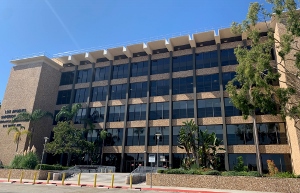 Torrance Superior Courthouse
In another case in downtown Los Angeles, wherein our client was arrested on mayhem charges, but later charged with felony assault with force likely to cause great bodily injury (Penal Code § 245(a)(4)), we filed a Motion for Imposition of Mental Health Diversion.  The current offer at the time for our client was four years in state prison, which was low term of two years doubled for a prior strike.  The judge also denied the motion, but we later pled in the open and the judge sentenced our client to two years in state prison, suspended, with five years of formal probation with 60 days in jail (credit for 42 already).
As a third example, our office filed a Motion for Imposition of Mental Health Diversion in a prostitution case in Torrance.  Prior to the motion being filed, the offer from the Torrance City Prosecutor included twenty days in county jail, but after the motion was filed (and denied), the prosecutor agreed to resolve the case with no jail.
The reason this type of motion is denied most often is the judge’s reluctance to find that defendant’s mental disorder “played a significant role in the commission of the charged offense” or “substantially contributed to the defendant’s involvement in the commission of the offense.” Penal Code § 1001.36(a)(2).  Judges simply have a tough time finding that this is so.
Our office has often filed a Motion for Imposition of Mental Health Diversion, or in the Alternative, Motion for Imposition of Military Diversion (Penal Code § 1001.80), as the legal standard for mental health diversion is higher than for military diversion, but mental health diversion is preferable because it is pre-plea, while military diversion is post-plea.  In other words, with mental health diversion, the last plea in the case is not guilty, whereas with military diversion, one must enter a no contest or guilty plea, while judgement is not entered.
However, with mental health diversion, the judge must find a nexus between defendant’s mental health condition and the commission of the crime, whereas with military diversion, no such nexus needs to be found at all. 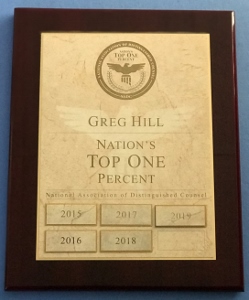