Our client, age 31, worked for a large medical services company and was very concerned about being laid off due to the economy.  He also was consequently worried about his ability to get a job thereafter.  He was the sole breadwinner in his family, as his wife stayed at home with their one-year old son.

Synopsis:  Whittier, driving without insurance (Vehicle Code § 16028) and without a license (Vehicle Code § 12500), one charge dismissed and the other lowered to an infraction, client pays $110 fine, no probation.

When the client came to us, there was a bench warrant out for his arrest, as he had not shown up in court on the ticket.  The bench warrant had been outstanding for about a year.  He did not appear in court because he still had no insurance and he had not held a valid driver’s license for several years.  He was notified of the warrant by his employer, so he obviously needed to address it and fast.

We recommended that he pay off his outstanding parking tickets with the DMV and reinstate his license.  Yet to do so, he had to also show the DMV that he had valid insurance, so he purchased insurance, too.

This would be quite expensive, but the client somehow managed to do so.  He then gave us proof of his insurance and a photocopy of his new driver’s license.  Our office then appeared in the Whittier Superior Court, where we requested and the judge did recall the bench warrant. 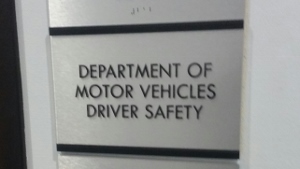 The reader of this summary may have a pause in reading this prior paragraph.  Normally, if there is a bench warrant for a failure to appear, the court notifies the DMV.  When the driver then goes to the DMV to renew his license, the DMV notifies the driver of the bench warrant and tells the client that he or she must first recall the warrant before renewing the license.  Here, quite luckily, this did not happen and the client was indeed able to obtain a driver’s license.  Our courts are not perfect and sometimes this turns out for the better.

We then showed the District Attorney the proof of insurance and the client’s driver’s license.  We explained our client’s tenuous employment situation and, how since there now was compliance, the fitting level of a violation was an infraction, not a misdemeanor.  After all, such violations are more regulatory in nature than criminal, as most judges and prosecutors will agree.

The District Attorney said he would think about it, commenting that he recognized our client only established insurance and a driver’s license as a result of the ticket, which was indeed true.

At the second appearance, our office re-approached the District Attorney, who relented and allowed our client to plead to an infraction for driving without a valid license.  The count concerning driving without insurance was dismissed.  This was a huge lucky break for our client because there is no probation (even informal probation) with an infraction.

For more information about driving without a valid license and an infraction, click on the following articles:
Contact us.