Home
Other Information
Criminal Defense Articles
What Is Driving on a Suspended License (VC 14601)? Fines?

Sometimes, the client is driving without a valid license because he or she is not a U.S. Citizen, but with the enactment of AB60, effective January 1, 2015, any California resident may apply for a driver’s license, regardless of one’s immigration status.  The applicant, of course, must be the proper age and otherwise still qualify, i.e. pay off all outstanding traffic tickets and show proof of identity and residency.

Often, the client is not aware that his or her license has expired or, less frequently, the client recently went to the DMV to rectify the problem, but as Murphy’s Law applies, the traffic stop occurs before the DMV mails the new license. 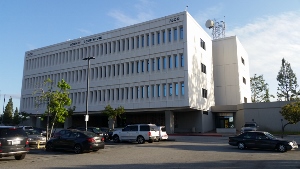 Charges of violating Vehicle Code § 12500(a) can arise for other reasons, too.  It may be that the client never received a driver’s license at all, perhaps because the person is not a U.S. citizen (because a social security number is required to get a license). The person also may have moved from another state to California and failed to apply for and receive a California driver’s license yet.

When any of these situations arise, clients often believe there is no reason to appear in court at all.  This is a big mistake, as a failure to appear in court or have an attorney appear for you can and usually does result in the judge issuing a bench warrant for the client’s arrest.  Once the arrest is made, bail to be released can be up to $30,000.

When a charge of driving on a suspended or revoked license (Vehicle Code § 14601) is bundled with other charges, for example DUI, the client must also appear in court or have an attorney appear for them if the charges are misdemeanor DUI.  Driving on a revoked or suspended license is more serious than just driving without a valid license, although it is often difficult for the District Attorney to prove because the prosecutor must prove the driver knowingly drove on a suspended or revoked license.

If the client is stopped and does not have his or her license in his possession, this is an infraction (Vehicle Code § 12951). As long as the driver can later produce the license to the prosecutor, the charge is often simply dismissed.

For more information about the court process in general, click on the following articles:
Contact Greg Hill & Associates