Officer's Good Faith Does Not Save Improper Traffic Stop

In 50 Words or Less:  Good faith exception to officer’s execution of an improper search warrant does not apply to an improper traffic stop.

When probable cause to search a home cannot be established, an officer’s search of the home under an improperly issued warrant may still be valid, barring suppression of the items discovered.  The officer’s good faith reliance on the improper warrant can “save” the otherwise invalid search that otherwise would be an unconstitutional Fourth Amendment violation (the Fourth Amendment protects against unreasonable search and seizure).  The officer’s good faith reliance on the warrant issued by a magistrate provides an exception to such an invalid search. United States v. Leon (1984) 468 U.S. 897, 923.

The Leon exception is based on a judicial recognition that a police officer cannot be expected to question a magistrate’s decision to find probable cause in the warrant application when the magistrate then issues a warrant. 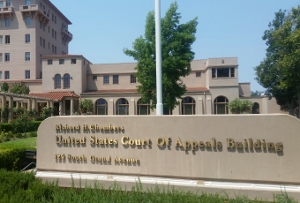 Yet an officer’s reliance must nevertheless be reasonable.  In the recently published case of U.S. v. James Grant, III (2012 DJDAR 7710, filed June 11, 2012), the United States Court of Appeals for the Ninth Circuit found such reliance by the officers unreasonable.  Detective Ryan Thompson obtained a warrant to search James Grant’s home to recover, among other items, a firearm used in a homicide that happened nine months earlier, in January, 2009 in Culver City.

There was no indication that Grant himself was involved in the homicide, but detective Thompson suspected Grant’s sons were.  In Thompson’s affidavit in support of his application for a warrant to search Grant’s home, Thompson described how a search of the homicide victim’s home found an empty Blackberry cell phone box.

Through tracking the SIM card associated with the cell phone, Thompson was able to identify one of Grant’s sons as having the phone.  Thompson then went to the son’s home and searched the phone.  The phone contained a picture of a .357 caliber revolver, possibly the gun used in the Culver City murder.  Thompson then asked for a warrant to search James Grant’s home and the warrant was issued.

The U.S. Court of Appeals found no probable cause within the application, so the officer’s reliance on the warrant was not in good faith.  The affidavit had nothing to show there was a “far probability that contraband or evidence of a crime” would be found in the father’s house.  Consequently, after police searched Grant’s home and found two unregistered hand guns, Grant’s motion to suppress or exclude the evidence of the two guns was granted.

In the case of a traffic stop, officers do not have time to obtain a warrant.  Thus, the decision to search the driver and the contents of a car must be first and fore most based on a valid traffic stop.  If the stop lacks a proper basis, the ends cannot justify the means.  As one court said,

If the defendant does not actually break the law, the officer’s mistaken belief that there had been a [traffic] violation adds nothing to the probable cause equation.  In other words, if an officer simply does not know the law, and makes a stop based upon objective facts that cannot constitute a violation, his suspicions cannot be reasonable.  The chimera created by his imaginings cannot be used against the driver.

In sum, there is no “good faith” exception to a traffic stop that saves the illegally gained evidence (i.e. drugs, DUI breath and blood samples, etc.) when the police officer conducts an improper traffic stop.
The permanent citation for the U.S. Court of Appeals ruling at issue in this article is United States v. James Grant, III (9th Cir. 2012) 682 F.3d 827.
For more information about traffic stops and the exclusionary rule, click on the following articles:
Contact Greg Hill & Associates