La Habra police officer Nick Wilson observed Defendant Paul Carmona make a right turn without using his turn signal.  Officer Wilson was about 40 yards away and traveling in the opposite direction, so he was unaffected by Carmona’s turn.  There was no other traffic nearby.  Officer Wilson, however, believed the turn violated California Vehicle Code § 22107 and therefore made a traffic stop of Carmona.

About This Article Briefly:  This is one of our favorite cases to cite to because police frequently make traffic stops for violating Vehicle Code § 22107 without describing if the client affected the safety of any other vehicle.  The cite to this defense-friendly case is People v. Carmona (2011) 195 Cal. App.4th 1385; 124 Cal. Rptr. 3d 819.

Wilson then asked Carmona if he was on parole and Carmona said he was.  Wilson proceeded to search the car, finding 7.1 grams of methamphetamine and cellular telephones with text messages relating to narcotics transactions.  Wilson also searched Carmona’s passenger, finding a “tooter” used to snort meth.

Carmona and his passenger were then charged in Fullerton Superior Court with two felonies: first, a violation of Health and Safety Code § 11379(a), transportation of a controlled substance, and second, a violation of Health and Safety Code § 11377, possession of a controlled substance (it merits mention that at the time this case was filed, possession of methamphetamine was a felony, however since then and the passage of Prop 47, simple possession of methamphetamine under 11377 is a misdemeanor).

Carmona and his passenger filed a motion to suppress evidence under Penal Code § 1538.5, arguing Wilson lacked reasonable suspicion to believe there was a violation of Vehicle Code § 22107 in order to make his traffic stop.  This code section prohibits a turning movement without an appropriate signal “in the event any other vehicle may be affected by the movement.”

At the suppression hearing in the Fullerton Superior Court, Officer Wilson agreed that Carmona’s right turn did not affect his safety because he was so far away (and traveling in the opposite direction).  However, the trial court found Carmona violated Vehicle Code § 22108, which requires a driver to signal for 100 feet prior to turning.  Accordingly, the trial court denied the motion.

The appellate court first ruled that Vehicle Code § 22108 only applied in the context of 22107 – if there was no other traffic to be affected, 22108 did not apply all.  Therefore, since Officer Wilson testified that he was in the only other car on the road within perhaps 400 meters of Carmona and he was not affected, no other traffic could be affected.  Therefore, the trial court made a mistake in upholding the legality of the stop based on Vehicle Code § 22108.

Second, in addressing the propriety of Wilson’s stop on any other possible ground, the court commented:

If the defendant does not actually break the law, the officer’s
mistaken belief that there has been a violation adds nothing to
the probable cause equation.  In other words, “if an officer simply
does not know the law, and makes a stop based upon objective
facts that cannot constitute a violation, his suspicions cannot be
reasonable.  The chimera created by his imaginings cannot be
used against the driver.” 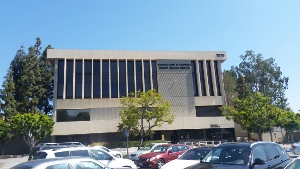 Fullerton Superior Courthouse
The appellate court then sent the case back to the Fullerton court with directions to reverse its ruling on the motion to suppress and to allow defendants to withdraw their pleas.  Mr. Carmona and his passenger surely had to be happy with this ruling.
For more information about jail and prison sentences, click on the following articles:
For case summaries of selected cases our firm has handled, click here.