Home
Other Information
Criminal Defense Articles
If Police Do Not Read Me My Miranda Rights, Dismissal?

If Police Do Not Read Me My Miranda Rights, Dismissal?

The Gist of This Article:  Police are required to give Miranda warnings only when a suspect is in custody, or as other cases have held, in a form of “prolonged detention” or when a question seeks information that is clearly inculpatory and not otherwise observed by police or a witness.  Miranda warnings are not required in most traffic stops at the outset of police contract with the driver.

The answer we invariably give is “probably not.”  The follow up question from the client focuses on the word “probably,” as there are several requirements before the rights apply under Miranda v. Arizona (1966) 384 U.S. 436, 444.  For example, one must first be in custody, something that does not happen on the side of the road when one is sitting in one’s car speaking to a police.

In a recent Ninth Circuit case, Johnathan Andrew Doody v. Arizona (2011 DJDAR 6323) the court determined that the police violated the Fifth Amendment when a 17 year old confessed after thirteen hours of intensive questioning.  Doody raised two issues: first, the adequacy of the Miranda warnings and two, the voluntariness of his confession.

The court in Doody explained that Miranda warnings were vital to reduce the risk of a coerced confession.  Consequently, the accused must be adequately and effectively apprised of his rights.  In Doody, for example, the officers suggested that the right to an attorney only applied if one had committed a crime, so the Miranda warnings given were inadequate.  The officers also suggested the warnings were mere formalities which were meaningless because, the officers assured him, he was not a suspect.

The officers also took over twelve pages of transcribed conversation, spanning over twenty minutes of actual speaking, to explain Doody’s rights against self-incrimination.  In other words, it was far from clear.  It was a garbled explanation that often was wrong, which Doody perhaps even invited by telling the officers he had never heard of Miranda warnings.

The police then kept Doody up for thirteen hours, pressuring him to “man up” and “be straight” while telling him they knew he was lying.  Three officers asked him questions in relay-fashion while he sat alone.  The transcript showed that officers asked Doody many questions that Doody simply did not answer, as he was unresponsive from fatigue.  He did not even have a table before him to lean on.

Doody’s case was given special scrutiny because he was a juvenile.  As the court pointed out, those who are under eighteen may not realize the consequences of what they say or do.  As such, one under eighteen cannot serve on a jury, vote or marry without parental consent.  In an interrogation, the questioning must be sensitive to this fact.

In Doody, the court found that officers seemed to instead use Doody’s age to their advantage in winning a confession.  The officers also seemed to apply extra pressure to him, perhaps because English was his second language.  The mere questioning (really badgering) went uninterrupted, without a single break, for thirteen hours. 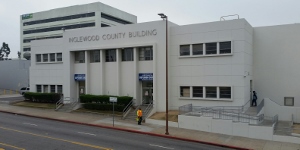 Inglewood Juvenile Courthouse
Officers sometimes asked the same question five times in a row without a response, bombarding him each time with sarcasm aimed at his sense of honor, as Doody was in a high school ROTC program.  Doody then admitted to killing nine people.

His confession was ruled inadmissible.  This appellate court opinion was assigned a permanent citation of Doody v. Ryan (2011) 649 F.3d 986.

For more information about issues common to Miranda violations and the Fifth Amendment, click on the following articles:
For summaries of some of our case results, click here.