Home
Other Information
Criminal Defense Articles
When Can Grand Theft Via Embezzlement Be Many Charges?

When Can Grand Theft Via Embezzlement Be Many Charges?

Joyce Jaska was the secretary and treasurer of Barstow Truck Parts and Equipment, Inc., a family-owned business that had survived since the 1950’s.  The president of the company fully trusted Jaska, who did the company’s accounting.  The president was making a big mistake in trusting Jaska.

Condensed Version:  Multiple convictions for embezzlement (grand theft) from employer proper when different methods used for stealing over many years and when the takings were not part of a “single plan or single impulse."

The company began experiencing financial problems in the late 1990’s.  In response, Jaska allegedly began loaning money to the company, which would then pay it back to her.  When the IRS and Department of Justice got involved in auditing the books due to income tax and social security underpayments, they discovered massive embezzlement by Jaska going on.

Upon interviewing Jaska, investigators learned that she regularly used the company petty cash account to pay for her own car maintenance and repairs.  She also used petty cash to pay for her own lunches and even office staff lunches up to five times a week.  Jaska used another company account to make monthly payments on her red, 1999 Volvo.  Finally, she used company funds to pay her personal American Express and Visa credit card accounts.  These were not small amounts ($11,681 in 1998, $34,265 in 1999, $42,006 in 2000, $54,253 in 2001 and $21,803 through April 15 in 2002).  In other words, there was at least one significant explanation for the company’s financial problems. 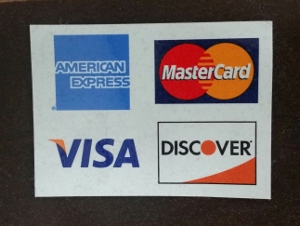 Jaska was eventually arrested and charged with crimes in state court.
The Barstow jury hearing the state court case found Jaska guilty of five counts of grand theft by embezzlement (Penal Code § 487(a)), as well as several other charges relating to income tax evasion.  In 2005, the court sentenced Jaska to twelve years in prison and to pay a $300,000 fine, as well as to pay restitution of $499,999 at ten percent interest per annum starting in 2002.

Jaska then appealed the sentence, arguing that she was only guilty of one count of grand theft, rather than five, citing to People v. Bailey (1961) 55 Cal.3d 514, 519.  In Bailey, the court held it was proper to charge defendant with one count, rather than multiple counts, when defendant committed theft with “only one intention, one general impulse and one plan.”  Bailey, at 519.  In other words, Jaska argued that the District Attorney should not be permitted to splinter one crime into five crimes and get five convictions.

The Fourth Appellate District Court disagreed with Jaska, finding that alleging five separate crimes was permissible under the facts of this case.  The appellate court described how it found that Jaska had abused her position of trust within the company to steal money.  The Court described how she paid for various personal expenses using various accounts, meaning she used no single method to steal.  The Court found that Jaska had no single plot or scheme and that she did not act with an intent to steal a defined sum of money.  Her goal was to finance her own living expenses and life style until she retired.  Moreover, the Court noted, the thefts were over a long time span and seemed opportunistic in nature, or separate, rather than motivated by a singular impulse.

In making such findings, the Court found that the jury could have reasonably inferred that Jaska did not commit all the charged thefts pursuant to “one intention, one general impulse, and one plan” as set forth in People v. Bailey at page 519.  For example, there was not a plan to pay for a loved one’s hospital expenses and then stop, or to finance a vacation and then stop.  Instead, the takings continued over a period of years and included expenses for car repairs, credit card purchases and car payments.

Accordingly, the Appellate Court affirmed this part of the lower court’s ruling.  The Appellate Court, however, reversed on pre-custody credits that it found Jaska was entitled to, but erroneously not given credit for by the trial court.

For more information about theft offenses, click on the following articles:
For case summaries of selected theft cases our firm has handled, click here.