Home
Other Information
Criminal Defense Articles
What Is Embezzlement (PC 503) and Its Defenses?

What Is Embezzlement (PC 503) and Its Defenses?

The mention of embezzlement conjures up images of an untrustworthy accountant methodically stealing small amounts of cash over a long period of time, adding up to thousands of dollars, or an employee at a cash register dropping a few dollars here and there into his or her pants pockets.  Sadly it seems the most common type of embezzlement recently is by caretakers stealing from an elderly person.

About This Article Briefly:  Embezzlement is charged as grand theft (Penal Code § 487), either as a misdemeanor or a felony, depending upon the case facts and defendant’s criminal history.  If convicted of a felony for embezzlement, defendant will be obligated to pay restitution to the victim and serve up to three years in state prison before sentencing enhancements apply.  Probation may be available, too.

Penal Code § 503 defines embezzlement as stealing property that has been entrusted to you.  When one enters a building, i.e. an employer’s place of business, and embezzles money it is also burglary.

Embezzlement, however, is a “white collar crime” that carries with it a stigma of dishonesty and abusing a position of trust.  Sometimes, an accounting problem, rather than true embezzlement, can result in false accusations.  Other times, when the charges are based on a single transaction, an honest mistake can lead to embezzlement charges. 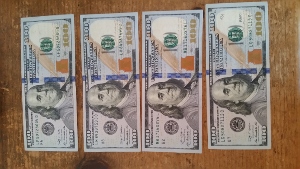 To prove such charges, the prosecutor must first prove that you had some position of trust and confidence with the victim.  The most common relationships are employee/employer, lawyer/client and doctor/patient.

Second, the prosecutor must prove that in the course of such a relationship, you were entrusted with some type of property or money.  In other words, the money or property was not given to you for you to keep as your own.

Third, the prosecutor must prove you had the “specific intent to deprive” the owner of the property.  This can be a mere temporary deprivation, i.e. you only wanted to use a car for an evening or a firearm for a few days.

It is important to note that Penal Code § 487 is a “wobbler.”  Thus, if the prosecution charges one with violating section 487 (grand theft) as a felony, a good defense attorney must consider filing a Penal Code § 17 (b) motion to reclassify the charge as a misdemeanor.  This motion, if granted, has the practical effect of limiting the maximum incarceration to one year in county jail, if there are no enhancements to the sentence or other charges involved.

If such a motion is denied and the client is convicted of felony grand theft, he or she faces a minimum of sixteen months in county jail and a maximum of three years under AB109, if there are no enhancements and other charges.  Aggravating factors are considered by the judge in making this decision.  If the victim was a dependent person such as an elderly person or dependent upon the defendant, this suggests a longer sentence is fitting.  Conversely, if the defendant voluntarily reimburses the victim or replaces the embezzled property in a prompt manner, this mitigates the sentence.

The defenses to embezzlement start with intent, i.e. you did not mean to commit a theft.  There is also mistake of fact, meaning you believed the item embezzled actually was your own or you had a right to it, or the victim gave you permission to take it (consent).  Occasionally, mistaken identity is a defense.