Elder Abuse for Embezzlement & Moving Heir out of House

Our office receives numerous phone calls about financial elder abuse, usually involving quit claim deeds of property and / or second mortgages that go unpaid, resulting in a home foreclosure.  It is unusual for law enforcement to take action in such cases, as such problems are seen as civil, not criminal, in nature.

What One Should Learn from This Article:  Financial elder abuse is rarely prosecuted, but the following case facts were so bad that defendant was prosecuted.  The summary here exemplifies how Penal Code § 368 is applied.

Elsie Brooks, in her seventies, was Schoenbachler’s grandmother.  In 2002, while in good physical and mental health and living independently, she moved in with Schoenbachler and her mom in Monterey County.  Brooks had always been generous with her money.  In fact, she had earlier loaned her son $320,000 and the son defaulted on the loan.  When Brooks moved in with Schoenbachler and her mom, she had sold her mobile home for a $68,000 profit, had an annuity worth $90,000 and jewelry worth $250,000.  She also had social security income of about $950 per month.

Brooks then developed a drinking problem and checked herself into a residence treatment program.  She stayed there for two months.  When she returned, she discovered that Schoenbachler and her mom had, without authority, sold $200,000 to $250,000 of her jewelry and furniture and had vacated the residence they shared with Brooks.  Schoenbachler and her mom then moved Brooks into a “mice-ridden, filthy” facility called Tender Loving Care.  The facility also housed residents who suffered from Alzheimer’s disease and would scream throughout the night.

Schoenbachler then told Brooks that the only way Brooks could move from Tender Loving Care was if she agreed to liquidate her annuity.  In desperation, Brooks agreed and the annuity was redeemed for $87,000.  Brooks expected to receive the money for her own living expenses, but Schoenbachler and her mom kept it as their own.

Finally, Brooks said she would not give out any more money.  Schoenbachler then told her grandmother to move out within three days.  Brooks did so, with just her suitcase and toothbrush, and checked into a hospital.  The hospital called the police.

Schoenbachler was convicted of the above described charges and appealed her conviction.  The Sixth Appellate District, in People v. Christi Schoenbachler (2012 DJDAR 2761) affirmed, starting from the general principle that the appellate court must view the evidence in the light most favorable to the prosecution.  In so doing, the court expressed astonishment at the methodical and sustained draining of Brooks’ accounts by Schoenbachler.  They found her conduct audacious and coercive. 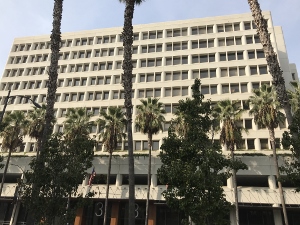 Sixth Appellate District Court in Fresno, California
Schoenbachler’s main argument was that it was improper for her to be convicted of multiple accounts when her takings were all part of a single effort.  The appellate court rejected this argument, after considering many other cases with similar fact patterns raising the same argument.

Schoenbachler’s mom did not appeal her conviction or sentence.
The citation for the appellate court ruling is People v. Christi Schoenbachler (2012) 203 Cal.App.4th 1382.
For more information about embezzlement and fraud, click on the following articles:
For case summaries of selected cases our firm has handled, click here.