Home
Other Information
Criminal Defense Articles
Forgery Charges Although Defendants Impersonated No One?

Forgery Charges Although Defendants Impersonated No One?

Aaron Ashby owned Ashby Remodeling & Services.  On April 18, 2011, he parked his car and left it unlocked.  Shortly thereafter, he returned to his car and discovered his company check book had been taken from his car.

Ashby then called his bank to report the company checks, but it was too late.

Saul Barba and Jessica Lofgreen had apparently taken the checkbook from Ashby’s car.  Barba had already cashed one of Ashby’s business check made out to himself for $250, one to his wife for $600, and another one to himself for $600.  While the third check was being cashed, police arrived at the check cashing establishment and followed Barba to his van, where they found Lofgreen.

Lofgreen told police that she had recently thrown away several checks in a trash can nearby.  The police officer went to the trash can and found three checks that were not Ashby’s and two that were and had been already signed.  The signatures were supposedly that Mr. Ashby, but he did not sign such checks.  Barba told police that Lofgreen had signed the checks as Mr. Ashby. 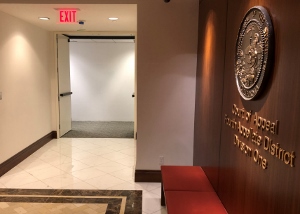 At the preliminary hearing, the judge dismissed the charge of violating Penal Code § 530.5(a), unlawful use of personal identifying information, as to each defendant.  The case was otherwise “held over” to superior court on the other charges.

The prosecutor then filed their information and re-alleged a violation of Penal Code § 530.5(a). Both attorneys for defendants then filed motions to dismiss this count concerning section 530.5(a), as the charge had been dismissed at the preliminary hearing. The trial court granted the motions and the People appealed to the Fourth Appellate District.

The appellate court noted that 530.5(a) really was not an identity theft type law.  Rather, the statue proscribes a much broader scope of conduct.  The statute does not require that defendant hold himself or herself out to be someone else.  The most important requirements are obtaining personal identifying and using it for an unlawful purpose, without that person’s consent.

Here, the Fourth Appellate Court found this certainly did happen, as the evidence showed Barba and Lofgreen used the personal identifying information of Ashby Remolding & Services and cashed checks drawn on the business bank account.

Therefore, the trial court’s order dismissing the 530.5(a) allegation was reversed.

The citation for the Court of Appeals ruling discussed above is People v. Saul Barba (2012) 211 Cal.App.4th 214.
For more information about crimes of fraud, click on the following articles:
Contact Greg Hill & Associates