Home
Other Information
Criminal Defense Articles
What Is Unemployment Insurance Fraud and Its Defenses?

What Is Unemployment Insurance Fraud and Its Defenses?

Unemployment insurance fraud is the receipt of unemployment benefits to which one is not entitled, or assisting one in such receipt.  It is a particularly prevalent crime in today’s tough economy with numerous underemployed workers.  Workers who may have been unemployed for some period of time, only find work at lower pay than expected, continue to receive unemployment benefits when they are simultaneously receiving pay.

What to Take Away:  Unemployment insurance fraud can be charged as a misdemeanor or felony.  If charged as a felony, defendant faces up to three years in prison and $20,000 in fines.  Paying back the victim of the fraud is often the biggest focus of the prosecutor.

The State of California Employment Development Department (EDD) often discovers such fraud by checking wage records submitted to the state tax division, reviewing the national directory of new hires and comparing records for unemployment benefits with those used by child support enforcement officials.  Sometimes, the state will subpoena employer payroll records and even conduct surveillance operations. 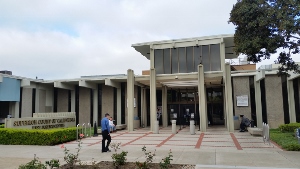 To prove one committed unemployment insurance fraud, the prosecution must prove that a person made a “willful, false representation, knowing concealment, or false identification to obtain, increase, reduce or defect any benefit under the state and federal programs.”  Defecting a benefit refers to having a legitimate benefit redirected to a recipient who is not otherwise entitled to receive such money.

This definition can include scenarios where one receives pension or worker’s compensation benefits, without reporting this to the EDD while receiving unemployment benefits.  It can also include using a false name or false social security number to receive benefits when one would otherwise not qualify.

The defenses to unemployment insurance fraud begin (and sometimes end) with arguing that the client lacked the specific intent to defraud.  This can mean showing that you sincerely believed you were submitting a bona-fide, honest claim.  However, you unintentionally made an error in the application process and did not know you made such an error, so the application was submitted.

The second most common defense is simply challenging the sufficiency of the evidence the prosecution seeks to introduce to prove their case.

Unemployment insurance fraud is a “wobbler,” meaning it can be prosecuted as either a felony or a misdemeanor, depending upon the facts of the case, one’s age, one’s criminal history, and one’s employment history.  As a misdemeanor, the maximum sentence is a year in county jail and $25,000 fine.  As a felony, the minimum term is sixteen months in state prison and the maximum is three years, plus a fine of up to $20,000.

If the facts allow, one may seek to plead instead to general insurance fraud (Penal Code § 550).  When the amount of the fraud is $950 or less, the case is a misdemeanor with a maximum sentence of six months in county jail and a $1,000 fine.  When the amount exceeds $950, the case can still be a misdemeanor, but the penalties increase to one year in county jail and a $10,000 fine.  When the case is filed as felony insurance fraud, the maximum sentence increases to five years and a $50,000 fine.