Our client entered into a plea bargain for a second-time DUI after she was arrested at 9:30 a.m. with a 0.23% blood alcohol content (BAC), while leaving a Ralph’s with a twelve pack of beer in her car.  In other words, if there were a case where the full thirty-six months of informal, or summary, probation ought to be served in full, this case might be seen as so.  In other words, this was not a case of a person with a 0.09% BAC driving home on an empty road at 2:45 a.m.

In Fifty Words or Less:  Even in Orange County on a second-time DUI with a 0.23% BAC, it is possible to have probation ended early and the conviction expunged, as the following case summary out of the Westminster Court describes.

In the case of our client, however, she could not fulfill certain duties at work because she was on probation.  She was in danger of being asked to leave because other workers at her job had to fill in for her in certain driving obligations and it was tiring them out, as our client could not reciprocate by swapping job duties while her co-employees drove for her.  The employer liked our client, but it had been over 18 months during which other employees were working extra hard to help out our client.

Therefore, our office filed a motion to modify probation (so as to terminate it).  If the motion to modify were granted, a petition for withdrawal of plea and dismissal of the case (motion for expungement) under Penal Code § 1203.4 would then be filed. 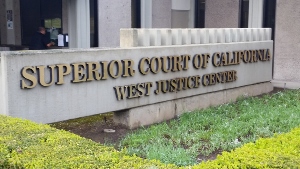 Westminster Superior Courthouse
Each motion described how our client had fulfilled all terms of probation, i.e. DUI classes, payment of fines and fees, payment of booking fees and attendance at a MADD seminar, and had completed more than half of the thirty-six months of probation.  In the case of our client, she finished the SB 38 eighteen-month DUI class early and paid all her court fees and fines in one lump payment about a week after entering her plea.

At the hearing on the motions, the young Orange County district attorney assigned to the case argued with great emotion how reckless and irresponsible our client was and therefore, she ought to serve the full thirty-six months of probation without exception.  In attempt to inflame the judge’s prejudice against our client, the district attorney recited portions of the police report as to how drunk our client was and how she was arrested.

Greg Hill from our office responded that the facts of the case were no longer really in issue for the judge to modify the plea bargain, which is what it seemed the District Attorney, for all practical purposes, was suggesting that the judge do.  The facts of the case were not so important in the Penal Code 1203.3(a) analysis, which is the code section the judge must follow and consider.  It does not state that the judge must evaluate how favorable the underlying plea bargain was to defendant.

Under 1203.3(a), the analysis instead should focus on the defendant’s performance on probation and the consequences of probation only.  No analysis should be undertaken as to whether the plea bargain was a “steal” for the defendant or a “bad deal” for the prosecution.  Under 1203.3(a), the employment consequences to defendant were certainly an issue for consideration if they were unexpected at the time of entering into the plea, as the burden of being on probation exceeded the expected or reasonably foreseeable consequences of being on probation for our client.  She was being punished daily with less pay and less responsibility at work.  Other workers were also being affected.

The judge seemed to agree with Greg Hill’s analysis and granted both motions (early termination of probation first and then expungement).  This greatly disappointed the district attorney, who slammed down her file on the counsel table loudly in exasperation (and to Greg Hill’s pleasure).