Our client, age 44, was arrested after his eighteen year old stepdaughter accused him of raping her and forcing her to commit oral copulation, according to her, “every day for ten years.”

At the time that the allegations were made, the stepdaughter had become a methamphetamine addict and was living with her thirty-seven year old boyfriend, who was also a meth addict.

Our client had urged her daughter to stop seeing her boyfriend and to go to college instead.  Each time our client had approached his stepdaughter about this, she responded, “just get out of my life.  I wish you were dead.”

After the stepdaughter spoke to the police, the police arranged a pretext call by the stepdaughter to our client.  At the time the call was received, our client had not spoken to his stepdaughter for over two months.  Consequently, he was somewhat happy to hear from her and wanted to speak to her.  He was also, at the time, in a minivan with his natural daughter and her two friends and his wife.  It was a Friday afternoon and the group was heading on a weekend camping trip.

When our client received the call, the stepdaughter accused him of molesting her and raping her repeatedly.  The police were taping the call and monitoring every word.  Our client was not in a position to loudly deny the charges, so he quietly listened to the accusations, occasionally mumbling something incoherent to let his stepdaughter know he was still on the line.

Police interpreted the lack of a vehement denial as an admission or corroboration that the charges were true.  It merits mention that the other occupants of the car could be overheard on the tape happily joking and laughing in the background. 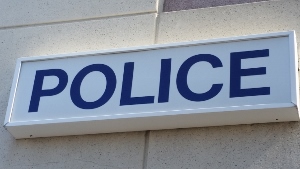 The charges were horrific and, more ominously, the charges did not include a charge of statutory rape, which clearly could have been alleged, but was not.  For such a charge, our client faced a lifetime imprisonment sentence, and if more than one such charge was proven, consecutive sentences of life in prison.

Our client first hired a local attorney who received an offer for the client of 32 years to life.

Our client kept telling his local attorney about witnesses to rebut the stepdaughter’s claims, but he seemed uninterested in working on even discussing the rebuttal with the client.  The first attorney never even visited the client in jail despite having his office a mere five miles from the jail.

After three months of such representation, the client fired his attorney and hired Greg Hill & Associates.  Greg went the 90 miles up to the jail and visited with the client on a Saturday afternoon for two hours on the first weekend after being retained.

Greg then spoke with the rebuttal witnesses and gathered declarations from each witness, as well as a “Good Guy” packet for the client.

Greg then prepared and filed a Motion to Reduce Bail from $650,000.  The motion was not only to reduce bail, but also to cause the District Attorney to “engage” in the merits of the accusations and consider impeachment evidence that the prior defense attorney never presented to the prosecution.  The motion also attached the “Good Guy” packet so the DA would know the client as a person and not just a mug shot.

The motion included a cd-rom of a tape recorded telephone call wherein the stepdaughter offered to “make the case” go away if her mom would pay her a few thousand dollars and a declaration concerning a conversation with her best friend, wherein she admitted that she went to the police because her boyfriend pressured her to do so, suggesting she would lie to please her boyfriend.  Lastly, the motion revealed that the stepdaughter had a conviction for a crime involving dishonesty, shoplifting, from New Mexico.

While none of these things by themselves were dispositive of the charges (and certainly none were too relevant toward bail), they suggested a jury might question the credibility of the stepdaughter.  Due to this, the prosecution became more concerned about their ability to reach a conviction, although the motion was denied.

After nearly six months of further hearings, including a preliminary hearing where the accuser’s best friend traveled from New Mexico to testify against the accuser, the prosecution lowered their offer to six years and one strike.  All charges except the 288.5 charge would be dropped and the client would plead to a single violation and receive the low term.

While the client steadfastly denied any culpability, he also recognized that a defense verdict might be too much to ask for at trial and the risk of his stepdaughter testifying to statutory rape (causing the prosecution to amend the complaint to allege this) was too great.  Therefore, the client accepted the six year offer, which a minimum of 85% would be served.

The client’s family was very happy, as our client would be free in just under five years, once pre-sentence credits were applied.  Our client would be able to re-enter the workforce and contribute to his family once again while he was still relatively young.

Had he not retained Greg Hill & Associates, he would have still faced an indeterminate sentence of thirty-two years to life in state prison as part of a plea bargain or multiple consecutive, not concurrent, life sentences.