Conviction Is Overturned for Lewd Acts upon a Child

In 2010, Lee Cottone was convicted in Orange County of four counts of committing a lewd act upon a child under the age of fourteen (California Penal Code § 288(a)).

At trial, the judge admitted evidence under Evidence Code § 1108 that, thirty-two years earlier when Cottone was thirteen years old, he committed a lewd act on his sister, then five years old.  At that time, Cottone was not prosecuted.

The Gist of This Article:  In deciding whether to admit evidence of prior acts of sexual misconduct under Evidence Code § 1108 when the defendant was then under 14, it must be shown by clear and convincing evidence that defendant knew the wrongfulness of the conduct.

When jury instructions were being discussed, Cottone’s attorney requested a jury instruction that, because of Cottone’s age at the time, the jury could not consider the prior sexual conduct unless the jury found by clear and convincing evidence that Cottone then appreciated the wrongfulness of his conduct.  The trial court rejected Cottone’s proposed jury instruction on this issue.

The jury then found Cottone guilty on all counts and found true the enhancement allegations.  The trial court sentenced Cottone to six years in state prison.

Cottone then appealed, arguing that the trial court erred in not allowing the above jury instruction.  Indeed, had the instruction been allowed and the jury found in favor of Cottone on his lack of appreciation of the wrongfulness of his prior act, Cottone would have been eligible for a two year sentence.

The Fourth Appellate District Court of Appeal, in People v. Cottone (2011 DJDAR 6601), agreed with Cottone.  The Court took a three step approach in finding the trial court made a mistake.

First, the Court noted that Evidence Code § 1108 allows in evidence of a prior sexual offense when the defendant is charged with a crime involving unlawful sexual contact.  Here, Cottone was charged with touching the vagina, breasts and buttocks of his eight year old niece in 1998 while she slept next to him and his wife at their home in Irvine.  It then happened again ten to fifteen times when she was eleven and twelve years old in 2001.  This was a clear violation of Penal Code § 288(a) and § 1203.066(a)(8)(charged with an extension of the otherwise six year statute of limitations due to “substantial” sexual conduct).

Second, the Court pointed out that under Penal Code § 26, there is a rebuttable presumption that a child under fourteen years old cannot commit crime unless clear and convincing evidence shows the child appreciated the wrongfulness of his conduct.

At the trial court level, the judge ruled that he did not need to consider section 26 in deciding whether to admit the evidence of the sexual conduct 32 years earlier.  Besides, the trial court ruled, it found that Cottone was aware of the wrongfulness of his conduct with his sister because he committed the act in a basement alone with her.  Moreover, the trial court found that prior sexual conduct was only intended to prove propensity and credibility.  Cottone argued that it was really being used to evoke prejudice and was too remote in time to prove anything.

The Appellate Court agreed with Cottone and furthermore found that section 26 must be considered in deciding whether to admit evidence of prior sexual crimes.  Evidence Code section 1108, after all, specifically refers to such evidence as a “crime” which means section 26 necessarily must be considered. 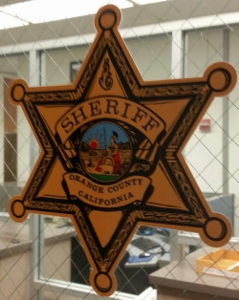 Third, the Court evaluated whether clear and convincing evidence really was shown to the jury regarding Cottone’s awareness, as a thirteen year old, of the wrongfulness of his act.  If such was present, the Court said, the issue of the trial court erring was moot.

The Court found, however, that Cottone’s awareness “essentially boiled down to a credibility contest between the victim and Cottone,” so it certainly was not clear and convincing evidence.  Therefore, the jury should have been given the jury instruction Cottone requested.

Consequently, the Court reversed the judgment.  Cottone must have been quite satisfied with this ruling, the first of its kind on record concerning section 26 as applied to Evidence Code § 1108 evidence.
Postscript:  In 2013, the prosecution appealed the ruling to the California Supreme Court, which affirmed the Court of Appeal's ruling in favor of Mr. Cottone that knowledge was required.  The citation for that ruling is People v. Cottone (2013) 57 Cal.4th 269.
For more information about sex offenses involving children, click on the following articles:
For case summaries of selected sex offense cases our firm has handled, click here.