Home
Other Information
Criminal Defense Articles
What Is a STATIC-99 Report? How Is It Used and Why?

What Is a STATIC-99 Report? How Is It Used and Why?

In sex offense cases, it is not uncommon for a judge, the prosecution or a defense attorney to request a STATIC-99 report to further document a defendant’s danger to society.

Defense attorneys are wise to request it early in the case when they believe the report will show their client is unlikely to re-offend.  This can help in negotiating a plea bargain that amends the complaint or information to allege a non-strike offense or an offense that does not require registration under Penal Code § 290 as a registered sex offender.

What to Take Away:  The Static 99 report has been updated with the Static 99R report, which is scored more accurately for Americans, using a sample size of nearly 10,000 sexual offenders from the U.S. mostly and their incidence of re-offending, whereas the original Static 99 statistics were based only a studies of European sex offenders and their rate of re-offending.

Prosecutors often ask for a STATIC-99 report to document how dangerous a defendant is and to support a longer sentence or before a more onerous plea bargain. 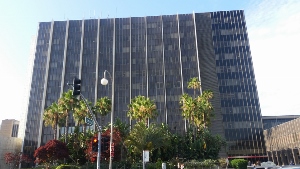 Santa Ana Courthouse
Judges can request such a report under Penal Code § 290.03-08 for sentencing purposes if the defendant is anticipated to plead in the open, go to trial or if the judge wants to nudge the attorneys toward a plea bargain.

Yet what exactly is a STATIC-99R report?  STATIC-99R is a risk assessment tool provided for at Penal Code § 290.04(b(1).  It is usually a one or two page report designed specifically for adult male sex offenders.  Its purpose is to evaluate a defendant’s danger to society.  It is most often used with registerable sex offense pursuant to Penal Code § 290.

The report is distinguishable from a “pre-plea report” or probation officer’s report that is available in most felony cases, the most serious cases being the exception.  The STATIC-99R report does not usually describe the sexual conduct at issue or summarize the police report as a pre-plea report will.

The STATIC-99R is based on follow-up studies from Canada and the United Kingdom with a total sample size of 1,301 sexual offenders.

The STATIC-99R consists of 10 items and produces estimates of future risk based upon the number of risk factors present in any one individual.  The risk factors include:

The report usually states, in boilerplate format, when presenting the results:

“The recidivism estimates provided by the STATIC-99R are based upon the number and groups studied.  Levels of risk are derived from the frequency of recidivism of individuals with certain patterns within these groups.  As such, the scores and levels in the STATIC-99R are estimated statistical probabilities of the likelihood of recidivism for the individual that is assessed.  As with any statistical estimate that measures tendency, some cases will exceed the estimate and some will fall short of the estimate.  It should also be noted there may be other factors that the instrument does not measure that may impact recidivism.”

Such a report is often not available until, ironically, after sentencing in Ventura County, but in Los Angeles County, most judges will allow such a report at any time in the proceedings.

For more information about sentencing issues in sex crimes, click on the following articles: