Home
Other Information
Criminal Defense Articles
What Is a Pretext Call in a Sex Offense Case & Why Is It Dangerous?

What Is a Pretext Call in a Sex Offense Case & Why Is It Dangerous?

At the early stages of a police investigation of an alleged sex crime, police often receive a report of a sexual assault from the victim.  The victim may have recently experienced the assault, in which case he or she may have bruises or other evidence that can be considered.  DNA evidence may be available of the suspect.

Other times, a victim or the victim’s family reports something that took place weeks, months or even more than a year ago.  In such case, there usually is no evidence of this except the victim’s claim.  It is a classic “he said she said” situation.  Police may believe the victim, but as part of their due diligence in investigating the claim, they need corroboration from the suspect before recommending prosecution.

A pretext call is one way to accomplish this.  The cooperative victim or a witness to the act will make a telephone call to the suspect, with the police recording the call and sitting with the caller.  Penal Code § 633 makes recording such a call legal, although in general recording a phone call without the consent of both parties is illegal. 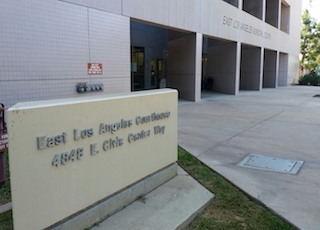 East LA Courthouse
The victim or the witness will attempt to engage the suspect in conversation about the sex offense, naturally without the suspect knowing that the police are intently listening in.  Sometimes, police will even write down questions for the victim to ask as the call progresses.
The contact can also be through e-mail or text messages.

The victim will attempt to confront the victim about the conduct, often asking, “why did you have sex with me after I told you no?” or “You know you hurt me really bad.”  The victim may also say she or he is having nightmares or insomnia.   The victim may also suggest counseling that the two can go to “to work through this issue.”  The goal is to elicit incriminating statements such as admissions or apologies.  The victim may cry or become emotional during the call, which can push the suspect into a response.

Sometimes, the victim is too traumatized to make the call, so a police officer may make the call, posing as a friend of the victim.  This may or may not be possible if the suspect recognizes the voice of the friend.

The call can come days or weeks after the victim comes to first see the police.  Often times, if the call is many weeks later, or even months later, the suspect may let down his or her guard, thinking he or she “got away with it” and be more willing to admit to the conduct.

The call could come on a birthday or an anniversary date of some event, so as to make the suspect more trusting of the caller’s motives (or gullible in confessing).  The caller may even announce to the suspect, if the allegations support this, that she is pregnant (a lie) and wanted to tell the suspect this.

Later, the police will often use the call as leverage against the suspect, asking the suspect to elaborate on his conduct “since you already admitted to the crime anyways.”

When such a conversation has not taken place, we warn the client about such a “pretext call” that could come.  We tell him or her that it is a trick call, or a trap.  We mention that the contact could also come in the form of a text message, a Facebook message or an e-mail.  We advise the potential client to immediately just hang up.  Anything he or she says can be twisted around, even silence if a normal person would have strongly denied the accusation.

The critical thing that the potential client must understand is that such a call can be extremely dangerous.  Anything he says can be characterized as a confession.  The police could use trick questions for the alleged victim to ask, so the smartest thing for any suspect to do is simply hang up immediately.  This may make the police question the credibility of the alleged victim.