Our client, age 32, was arrested for a first-time DUI in Van Nuys.  His blood alcohol content by a breath test at the Van Nuys Police Station was 0.19%.  He hired a local attorney and resolved the case for three years of summary probation, a $390 fine plus penalties and assessments ($1,839), enrollment in and completion of the AB1353 nine-month alcohol awareness program and compliance with the DMV’s requirements regarding installation of an ignition interlock device (IID).
Our client, from China, had no idea that he had to do anything after the case “ended.”  His attorney did not inform him that he was on three years of informal probation, that he had to enroll in and complete a nine-month alcohol awareness class (or any class at all) or pay any court fines.  In China, apparently, one hires an attorney to “take care of things” and then one can forget about the arrest, a conviction or any other obligations.
It thus came as a great surprise to him to be pulled over by police after he ran a red light and have the police officer tell him there was a $25,000 bench warrant for our client’s arrest out of the Van Nuys Superior Court.  The officer told him that the warrant was issued four years ago, so our client figured it had something to do with his DUI.
Our client called his prior attorney to find out what might have happened.  The attorney refused to talk about the case without being paid more money.  The attorney then hung up on our client. 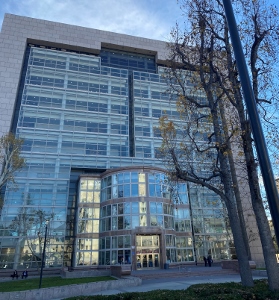 The client thus called Greg Hill & Associates and discussed the matter with Greg Hill.  Greg Hill went to the courthouse and retrieved a copy of the court docket report on the case and then called back the client to explain the terms of the plea bargain and why the bench warrant was issued.
Greg and the client then discussed a plan to have the bench warrant recalled and reinstate the client on probation.  Greg suggested that the client let Greg appear without him and with the outstanding court fees to pay the court ($1,839) and request a re-enrollment referral to the AB1353 program.  The client agreed, giving Greg the outstanding court fees to pay the court.  Greg then appeared in the Van Nuys Courthouse and requested that the judge recall the warrant and issue a re-referral to the AB1353 program.
The judge was quite upset about our client doing nothing in the four years since entry of the plea and did not understand how anyone could possibly expect that by hiring an attorney, “everything would just go away.”  The judge therefore recalled the warrant reluctantly, accepted the court fees and gave the client a re-referral to the AB1353 program, but set a probation violation hearing six weeks later for the client to come to explain himself in person.
In other words, the judge did not request an admission from Greg on the client’s behalf of a probation violation and reinstate the client on probation, as was possible.
The judge’s demand that the client appear in person in court obviously made both the client and Greg nervous about the possibility that the judge would remand our client if he found him lacking credibility, so Greg encouraged the client to immediately enroll in the AB1353 program so that when the client returned to court in six weeks, he could demonstrate his sense of urgency in fulfilling the terms of probation.
Greg then wrote a letter to the client’s prior counsel, requesting that he send Greg a photocopy of his letter or e-mail to the client advising him of the terms of the plea bargain and the deadlines for compliance, as well as any referrals to the AB1353 program or a fine computation worksheet that the court clerk provides to defendants who must pay court fines.  Greg was confident the attorney would not respond, as Greg knew who he was and that his reputation was poor.
On the day of the probation violation hearing, our client and Greg appeared in court together.  The prior counsel had, as expected, ignored Greg’s letter and not responded.  Greg showed his letter to the prior attorney and explained to the judge that the prior attorney did not respond.  Our client also had completed five weeks of the AB1353 program and had documentation to show this to the judge.  The judge saw this and was pleased.
The judge was surprisingly gentle (in stark contrast to his earlier anger), merely asking our client to admit his violation of probation, which he did.  The judge then reinstated our client on probation on the previous terms with no punishment.  The client was very happy to have avoided any punishment and to have the bench warrant lifted.
For more information about probation violations, please click on the following articles:
Contact us.
Serving Torrance, Long Beach, Compton, Airport Courthouses and Other Courthouses.