Our client, age 22, a U.S.C. undergraduate and not a U.S. citizen, was charged with one count of driving under the influence of alcohol (Vehicle Code § 23152(a)), a misdemeanor, and one count of driving under the influence with a blood alcohol content of 0.08% or more (Vehicle Code § 23152(b)). He had no prior record, which would be expected because he had only been in the United States for college. 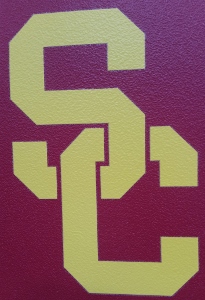 Police stopped our client at approximately at 1:50 a.m., as he allegedly was speeding approximately 60 miles per hour in a 35 mile per hour zone down Sunset Boulevard and using turn pockets in the middle of the street to pass cars on the left and then cut back into through traffic.

This type of driving is not uncommon in the birthplace of our client, but in the United States it is considered extremely dangerous. Our client had no passengers in his sports car.

Police on motorcycles pulled our client over and asked him if he had been drinking. He denied drinking at all, but consented to undergo field sobriety tests (FST’s). According to the police at the scene, he failed such tests. During the course of the tests, our client then admitted to having a few drinks.

Officers then asked our client if he would like to submit his breath to a preliminary alcohol screening (PAS) device at the scene. Our client refused, asking to give a breath sample at the police station, which he did about an hour and a half later. It merits mention that under Vehicle Code § 23612(i), it is legal to refuse to submit to a PAS test at the scene.

At the police station, his breath sample showed a blood alcohol content (BAC) of 0.10%. As one’s BAC generally drops by 0.018% per hour, the Los Angeles City Attorney at the Metropolitan Courthouse told us that this meant our client actually had a 0.12% or 0.13% BAC when driving just before being arrested.

In response to this, Greg commented that such a retrograde extrapolation argument has been routinely criticized by even prosecution experts in DUI in California, who cited to Mate v. State (2001) 46 S.W.3d 902. Mata, while a Texas case, is nonetheless the only opinion where such a practice was reviewed for scientific reliability and found to be completely unreliable, if not junk science because so many assumptions need to be made about the individual defendant.

Greg Hill of Greg Hill & Associates pointed out to the prosecutor that the arrest for speeding and perhaps even reckless driving should have been limited in scope to issuing a ticket only. He also argued that the prolonged detention which followed was not appropriate as our client denied drinking at all, at least initially. The U.S. Supreme Court has addressed this issue in Rodriguez v. United States (2015) 575 U.S. 348, 135 S. Ct. 1609, holding that the lawful duration of the stop is to address the reason for the stop, except, certainly, if the officer becomes aware of some other grounds to investigate and extend the detention.

The City Attorney heard our arguments and, while protesting about what our client’s BAC may have been just before being arrested, offered our client a “Wet Reckless” (Vehicle Code § 23103) while dismissing the two DUI charges. Our client accepted the plea bargain. Greg warned him, prior to the client entering the plea bargain, that a wet reckless is looked upon less favorably than a DUI in immigration court, but the client insisted that he had no intention of becoming a U.S. citizen at any time.

Our client also agreed to attend a twelve-hour alcohol awareness program (also known as the AB 1176 program), pay a $300 fine, plus penalties and assessments, and submit to three years of summary probation.

Our client was happy with the deal reached, as he was able to resolve the case without pleading to a DUI despite having perhaps a 0.13% blood alcohol content. He was also able to avoid the three-month AB541 program that most people pleading to a wet reckless or DUI must undergo and he avoided the $390 fine that is usually associated with DUI.

For more information about field sobriety tests, Miranda violations and a wet reckless, click on the following articles: