Our office is regularly told by clients that they “aced” the field sobriety tests administered by the arresting officer.  The police report, however, usually states that this is not what the officer observed.

Brief Synopsis: The official purpose of roadside Field Sobriety Tests (FST’s) is to evaluate a DUI suspect’s impairment both physically and mentally.  A suspect impaired by alcohol often will have difficulty multitasking, as such tests require.

Here, police will defend such tests as useful for establishing “reasonable cause to further investigate,” meaning to arrest the individual for suspicion of DUI.  Often, however, this is not the reason at all.  The officer already has a strong opinion as to whether the driver is DUI, perhaps based on the time of the traffic stop (2:15 a.m.?), the odor of alcohol, or because the police officer was parked right near the parking lot for the bar. 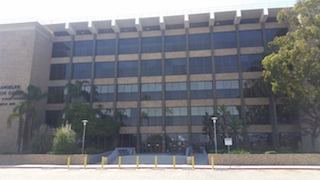 Torrance Courthouse
The true purpose behind giving such tests is to intimidate the driver so that the arrest later is easier, for officer safety.  A second purpose is to spend more time with the driver, while asking him or her questions, which will often elicit admissions that the driver had many drinks or knew he should not have been driving.  Sometimes, the driver will blurt out something about his uncle being a police officer or a politician and suggest that the cop let him go, which the cop certainly does not do and instead gleefully records this suggestion on the police report.
Please remember that if you are over 21, under Vehicle Code § 23612(i), you can refuse to submit to any roadside field sobriety test, also referred to as roadside gymnastic tests.  You can also refuse to submit to a preliminary alcohol screening (PAS) test, or roadside breath test.

We recommend that you politely and respectfully decline to submit to the field sobriety tests and the PAS test unless you are under 21 or unless you really, positively drank absolutely nothing in the prior ten hours.  If you do chose to submit to the tests because you are sober or under 21, politely ask the officer to record your performance on the tests if his car is equipped with a MVARS (Mobile Video Audio Recording System).

These tests can be the horizontal gaze nystagmus (HGN) test, the walk the line test, the one-legged stand, the Romberg test, the finger to nose test, an alphabet test and whatever else the police officer’s creativity allows.  Some of these tests are almost meaningless.  For example, the Romberg test is a test for syphilis, but officers use it as a test for DUI.  If one does have syphilis, they would fail the test when sober, but officers never ask if a person has syphilis.

However, according to the National Highway Traffic Safety Administration (NHTSA), only the One Leg Stand, Walk and Turn and Horizontal Gaze Nystagmus (HGN) tests should be considered at all (http://www.nhtsa.gov/people/injury/alcohol/sfst/appendix_a.htm and studies by Tharp, Burns & Moskowitz (1981) and Stuster & Burris (1988)).

These tests are the most reliable for demonstrating a driver’s ability to follow directions and multi-task, which do deteriorate as one becomes impaired by alcohol.  However, most officers do not properly administer the tests, so the results have questionable or dubious meaning as indicating the probability of DUI.

A closer look at each of these tests is interesting.

According to the NHTSA, a subject who exhibits two or more pre-established indicia of intoxication on the One Leg Stand has a 65% chance of being impaired.  That means 35% of the people who exhibit two or more pre-established indicia of intoxication really are not intoxicated.  Moreover, the circumstances of the test should be considered – i.e. was it windy, was the test given on flat ground, and whether the driver has any injuries to his feet, ankles, knees, hips or back.  Very often, the driver is extremely nervous and this affects his balance.

What we find with this test is often, the individual only fails one aspect of the test.  According to the NHTSA studies this means the driver passed the test.

According to the NHTSA, if a suspect exhibits two or more pre-established indicia of intoxication, there is a 68% chance the suspect is impaired.  That means 32% of the people who performed poorly on the test could be completely sober.  On this test, we often see clients performing the test in high heels (to the officer’s amusement or prurient entertainment) or in flip flops.  We often see clients fail this test, but there may be a reasonable explanation for this, as the client may not be able to pass the test even if sober because the person simply is unathletic or has poor balance normally.

According to the NHTSA, if a subject exhibits four or more indicia of intoxication based on tests of both eyes during the HGN test, the odds are that there is a 77% chance that the suspect is impaired with a BAC of 0.08% or higher.  That means 23% of the people who exhibit four or more indicia of intoxication are a false positive for intoxication.  Put another way, if someone fails only three aspects of the HGN test, the person passed the test.  This is quite common.

We find that officers often administer the test while the driver is still seated behind the wheel.  This is improper. The person is supposed to be standing.

We hope this article helps take the mystery out of the Field Sobriety Tests and helps the reader better understand their part in a DUI case.