Home
Other Information
Criminal Defense Articles
Why Is a 'Wet Reckless' (VC 23103) Better Than a DUI?

Anyone who has personally experienced being charged with DUI or has a friend or family member who has faced such charges in California may have heard about a “wet reckless.”  The advantages and disadvantages of a plea to a “wet” are often misunderstood.

The term “wet reckless” refers to a plea bargained charge of violating California Vehicle Code § 23103 pursuant to § 23103.5.  Such a code section, incidentally, is not one for which you can be arrested: it is only offered as a plea bargained settlement for one charged with DUI (Vehicle Code § 23152(a) and/or (b)).  A “wet” is available both for alcohol-related driving under the influence charges and drug-related driving charges.

Generally speaking, a “wet reckless” is better to plead to than a DUI.  The fines associated with a wet reckless are less than half of those of DUI ($145, plus penalties and assessments in Los Angeles County in late 2011, rather than $390 for a DUI).  The probationary period is generally one or two years, rather than three to five in a DUI.  There is no mandatory jail time on a second-time or even third-time wet reckless whereas there are significant minimum mandatory jail time with a second (96 hours) and third time DUI (120 days).  In addition, the maximum jail time for a wet reckless is 90 days, whereas for a DUI the maximum is six months to a year. 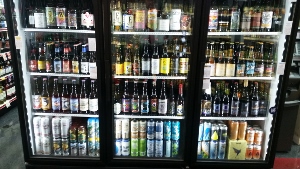 In dealing with the DMV, a plea bargain to a wet reckless does not trigger the mandatory DMV license suspension.  This makes a plea to a “wet” especially attractive for an underage driver with a DUI charge and for one who refused to submit to a chemical test, as both such situations require a one year license suspension.  It should be noted that a license suspension can certainly still result if one loses their DMV hearing or allows ten days to lapse after their arrest without reserving such a hearing, resulting in an automatic suspension from the DMV.

In Los Angeles County, which is subject to the ignition interlock device (IID) pilot program, a “wet” is advantageous to a DUI on the further ground that the a “wet” will not trigger the requirement to install an IID on one’s car as a condition of reinstating one’s license or receiving a restricted license.  If one pleads to a DUI, the court will notify the DMV, which then notifies the client that he or she must show proof of installation of an IID to restore their driving privileges or at least receive a restricted license.

A second wet reckless within ten years also requires a nine-month DUI program, rather than an 18 month (SB38) program.

A wet reckless also may not affect certain professional licenses.

A wet reckless, however, does not allow you to evade all the consequences of a DUI.  A plea bargain to 23103 (a “wet”) still counts as a prior DUI if it is charged with DUI within ten years.  In addition, your insurance company may treat your wet reckless as a DUI to increase your rates.

Not everyone is eligible for a “wet reckless.”  Usually, the alleged BAC must be very close to 0.08% and there must be problems with the facts or the law for the prosecutor.  Also, the client usually must be a first time offender and pass “the attitude test,” i.e. the client was obedient and respectful to the officer, rather than uncooperative and argumentative.  When the client is a repeat offender, prosecutors feel pressure not to give breaks, but a good set of facts can persuade the prosecutor to consider a plea bargain to a “wet” rather than taking a chance of losing at trial.

For more information about DUI cases, click on the following articles:
To see selected DUI results from cases we have handled, click here.