Reckless driving is the “catch basin” for many driving-related crimes that are difficult to prove, have significant mitigating circumstances, or are too expensive for the prosecution to prove at trial, similar to a disturbing the peace charge (Penal Code § 415) for minor, non-driving offenses usually charged as misdemeanors.

Summary in 65 Words or Less:  Reckless driving is defined as driving a motor vehicle on a public highway in wanton and willful disregard for the safety of others.  A conviction for this can have a more adverse effect on one’s immigration status than a DUI, so it is important to consult with an immigration attorney before entering into such a plea if one is not a U.S. citizen.

Reckless driving itself is defined as driving “a vehicle upon a highway in willful or wanton disregard for the safety of persons or property…”  Under subsection (b) of California Vehicle Code § 23103, this crime can be committed also in an off-street parking facility. 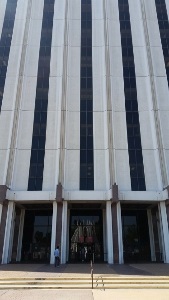 In DUI cases, a negotiated plea bargain may include a plea to reckless driving, which is generally preferable (except when one faces immigration issues as mentioned above) to a plea to DUI.  When this happens, the complaint is amended to add a charge of defendant violating Vehicle Code § 23103 pursuant to § 23103.5.  This is known as a “wet reckless.”

A “wet reckless” is better than a DUI for one big reason.  With a “wet reckless” conviction or plea, the court does not notify the DMV that there was a conviction for DUI (because there was not).  This means the DMV will not then require the driver to install an ignition interlock device (IID) as a condition to receiving a restricted license.  Not only is an IID somewhat expensive, but the devices often malfunction and can prove embarrassing if one has passengers.

A “dry reckless” is far superior to a “wet reckless.”  However, a “dry reckless” is much more difficult to negotiate than a “wet” reckless.  A “dry,” as compared to a “wet,” does not count as a prior DUI in a further DUI prosecution.  In other words, if one pleads to a “wet reckless” in 2012, but is then arrested for DUI in 2015 and prosecuted for DUI, the 2015 DUI will carry with it sentencing enhancements as a second DUI based on the 2012 plea bargain.  If the 2012 plea had been to a “dry,” the 2015 DUI would be prosecuted as a first-time DUI.

Probation is also usually shorter for a plea to reckless driving, usually one or two years.  However, when the reckless driving charge is negotiated from a DUI, it is not uncommon for probation to last three years.

The fines for reckless driving are also quite a bit lower.  If the court imposes the $145 fine, the total payment to the court after penalties and assessments are added, may only be about $640.  In a DUI, in contrast, the minimum fine is $390, which leads to a total payment of roughly $1,860 once penalties and assessments are added, but before any credit is applied for time-served, i.e. at booking (usually one or two days).