In 2009, our client suffered a conviction for driving while his driver’s license was suspended due to a DUI (Vehicle Code § 14601.2(a)).  He was 23 years old at the time and fresh out of the Navy, but also recently placed on summary probation for a DUI. 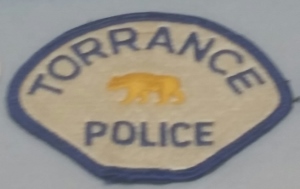 After he was arrested for driving on a suspended license, he was taken to the Torrance Police Department and held in jail with no bail for a violation of his DUI probation terms to “violate no laws.”  He remained in jail for 47 days while the probation violation matter was resolved and then settled the 14601.2(a) case for time served and thirty-six months of summary probation.

The Gist of This Summary:  Client had a prior conviction out of Torrance Superior Court for violating Vehicle Code § 14601.2, driving on a driver’s license suspended for a DUI.  He was out of work and needed this conviction expunged to get hired and back to work.  We had the conviction expunged under Penal Code § 1203.4 for the client.

As the reader of this summary may know, the minimum mandatory punishment for driving on a license suspended for a DUI is ten days in county jail.
After getting out of jail for both the 14601.2 and the probation violation, he was hired to work in the warehouse of a Fortune 500 clothing company in Rancho Dominguez.  It was a good job, but the pay was low.
Then in 2017, he was laid off and forced to look for a new job.  The timing of this was terrible because he had four young children with his fiancé and he needed decent paying work fast.
However, in each job application, he was turned away due to his criminal history.  He had Greg Hill & Associates expunge his conviction for DUI, but he also needed the 14601.2 conviction changed to “not guilty” and dismissed as Penal Code § 1203.4 provides if a petition for dismissal under it is granted.
Therefore, he hired Greg Hill & Associates to also address his 14601.2(a) conviction.  Greg Hill & Associates first pulled a copy of the docket in the case and verified that our client successfully completed probation.  This was verified.  Greg Hill also then made sure the client was not currently on probation for any other case, on parole or facing an open case.  The client said he was not in any of those situations.
Greg Hill & Associates then prepared the petition for dismissal, filed it in the Torrance Superior Court, served the Torrance District Attorney and appeared in court for the hearing on the petition.
The District Attorney assigned to the case opposed the petition, telling the judge that he should deny the petition because our client had been arrested in 2014 for possession of a handgun.  However, Greg argued that the arrest did not result in our client violating probation because his probation had ended two years earlier and the arrest did not result in any conviction that placed him on probation or parole at present (Greg knew this was so because Greg represented the client on the handgun case and had it dismissed).
The judge patiently listened to the District Attorney, but agreed a mere arrest was insufficient to disqualify the client from seeking relief under Penal Code § 1203.4 or otherwise making our client ineligible.  The judge then granted the petition, changing our client’s plea in the case from no contest back to not guilty and dismissing the complaint.
The client was pleased with this ruling because it allowed him to legally answer “no” when asked on any employment application if he had ever been convicted of any felony or misdemeanor.  This would improve his employment outlook and thereby help him provide for his four young children and his fiancé.
For more information about expungement and state licensing issues with convictions expunged, please click on the following articles:
Contact us.