It comes as a shock to some people that their conviction for certain felony child molestation charges, other sex offenses, a few vehicle code violations and many infractions are not eligible for expungement or that even if it is eligible, expungement does not:
That is because in other states, expungement confers rights that an expungement in California does not.

In a Nutshell: Certain convictions are ineligible for expungement.  For other convictions, having the last plea withdrawn and changed back to “not guilty” and the case dismissed (expungement) has limited benefits.  To read more about a few limitations about expungement, as well as exclusions from this option, please read this article.

This article is intended to clarify the rights surrounding relief under California Penal Code § 1203.4(a)(1) and 1203.41 (for someone who completes a county jail felony sentence).
A person who has successfully completed probation (or had probation terminated early) and is currently not facing any pending charges, in custody or on probation for any other offense may petition a court under Penal Code § 1203.4(a)(1) to set aside a guilty verdict or withdraw a guilty (or no contest) plea and dismiss the complaint or information.  If eligible under these circumstances and the conviction was not for any of the offenses specified under 1203.4(h), relief must be granted.  People v. Arata (2007) 151 Cal.App.4th 778. 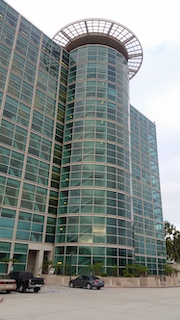