Five years ago, our client entered into a plea bargain in Torrance Superior Court for a violation of Penal Code § 261.5(c), also known as statutory rape of someone who is more than three years younger than the age of the suspect.   This is a misdemeanor.  It is a code section popular for plea bargains involving cases that really do not fit the stereotype of statutory rape and when a lifetime of being a registered sex offender is not seen as necessary. 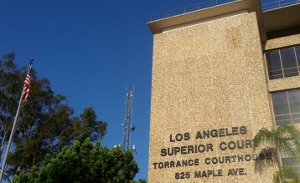 In a Nutshell:  Conviction in Torrance Superior Court for statutory rape under Penal Code § 261.5(c), a misdemeanor, expunged.  The conviction resulted in employment difficulties and the client was forced to take a leave of absence from school, but expungement made the client feel like his life had been reset to the time prior to the conviction.

However, it is smart to address the facts of the case to help the judge feel comfortable about granting the petition and address the facts nevertheless because judges expect a short factual background description with every motion.

In this case, our client was 3 years and one month older than his girlfriend, who was 17 years old and tenth months old when the incident took place.  At the time, she fully consented to the sex, but as the reader of this summary may appreciate, her consent while age 17 is legally not consent.  Therefore, it was rape by our client.

The victim did not consider making a report at the time.  She enjoyed her relationship with our client and admitted to police that she and him had plenty of sex after she turned 18.  However, when he broke up with her, she heeded her friend’s advice to report him to police to “get even.”

The police unfortunately knew our client (and did not like him), so they were more than happy to arrest him on statutory rape charges.  The Torrance District Attorney was also familiar with our client and did not hesitate to file charges of statutory rape.

The client and his family came to Greg Hill & Associates and spoke with Greg Hill about the case.  The client was quite scared of serving time in jail or prison because he had heard many stories of how sex offenders are treated in custody.

Greg then spoke with the handling District Attorney, who was not the prosecutor who eagerly filed the case.  Greg explained the factual background to the case and how our client indeed had violated the law, but in a dangerous way or manipulative way taking advantage of his age and her young age.  The police report, while written by police officers who disliked our client, was courageous enough to include the victim’s statement that she consented to the sex, no force was used, she enjoyed it, and the two had sex many more time after she reached 18.

Greg was then able to negotiate a plea bargain on the terms described above.

Following the conviction, our client fully and flawlessly complied with all terms of probation, but was unable to find employment due to his conviction and the stigma it carried.  In fact, our client was asked to take an indefinite leave of absence from his school and he was unable to re-enroll in another school.

However, the client entered into the plea bargain for its little-known eligibility for expungement and its exclusion from the Penal Code § 290 lifetime sex offender requirements.  Unlike most sex crimes, especially forms of rape, section 261.5(c) as a misdemeanor is eligible for expungement.

Therefore, Greg Hill & Associates filed a petition for dismissal of the case, which included the court changing the plea from no contest to not guilty.  The court granted the petition, which made the client extremely happy.