Two years before contacting our office, our client had entered into a plea bargain in Torrance Superior Court over a misdemeanor domestic violence case arising out of Hermosa Beach.  One of the obligations he agreed to in the plea bargain was that he complete a 52 session batterers program.

After entering his plea and enrolling in such a program, his mom became very sick, so our client moved to Ontario, Canada to help her.  When a post-plea progress hearing in the case was heard, our client did not attend as he was ordered.  He was represented by the public defender’s office in the underlying case, so he was required to appear in person in court for the progress hearings after entering the plea.

The reason the client was absent was because he was several thousand miles away, in another country no less.  He was preoccupied with caring for his mother.  He had also planned to never return to the United States.

The judge hearing the matter ordered a bench warrant to be issued for his failure to appear.  The client also never filed a notice of change of address during the rush to move back to Ontario, so when the judge issued the bench warrant, the notice went to the wrong address.

After moving to Canada, our client abandoned any effort at completing the batterers program through a similar program.  He figured he would never return to the United States for any reason.

Two years later, however, he was back in Southern California visiting an old girlfriend and, as luck is, he was pulled over by a Hermosa Beach police officer for some type of traffic violation like running a red light.  The officer saw on his car’s computer that our client had a bench warrant out of the Torrance courthouse for his arrest, so they arrested him. 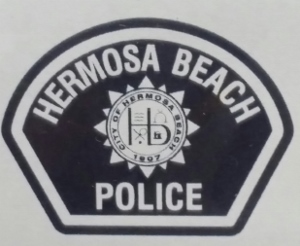 At the arraignment, Greg explained to the Hermosa Beach City Prosecutor the reason behind our client violating probation and his bench warrant.  He also asked to have the client placed back on informal, or summary, probation under the same terms and conditions (i.e. no punishment for not coming forward to address the situation in two years), but with a provision that our client be permitted to complete an online 52 session batterer’s program through Tom Wilson Counseling.  The City Prosecutor agreed and the judge followed the lead of the City Prosecutor.  This was very lucky.

As such, our client avoided a probation violation and was given a second chance to comply with his plea bargain.  He was relieved that the judge did not punish him.

This case exemplifies the importance of updating one’s address with the court, as the judge will warn everyone entering a plea bargain to notify the court of any change of address within 48 hours of changing one’s address.  Most people do not heed this admonition when it is given, as they are just so happy to avoid jail or prison.  However, it is an important thing to do to avoid just the type of situation that our client experienced here, which was unavoidable.

This case further shows that it is really foolhardy to believe that just because one does not live in the United States, there is no problem.  Had our client not been stopped in a traffic stop, he still would have faced being stopped at customs due to the bench warrant if he ever flew into the United States in the future.  Here, he drove into the United States and then flew to LAX, so he luckily skirted that situation.